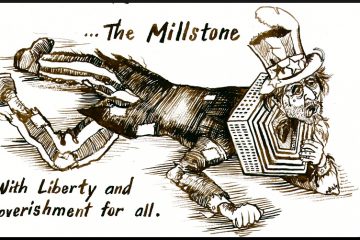 ** Header Image by Dan Burgevin by Bruce Gagnon, published on Organizing Notes, November 7, 2018 The Washington Post reports this morning: The deep divisions that have defined American politics in the era of President Trump played out across the country in Tuesday’s midterm elections, as Democrats scored victories in key races in Republican-held suburban House districts but ran into[…]

END_OF_DOCUMENT_TOKEN_TO_BE_REPLACED 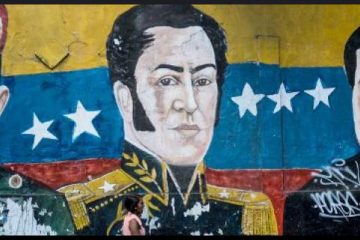 Above: Graffiti depicting late Venezuelan President (1999-2013) Hugo Chavez (L), South American independence hero, the liberator, Simon Bolivar (C) and Venezuelan President Nicolas Maduro in Caracas, Venezuela. Getty Images. by Kevin Zeese, originally published on Popular Resistance Upon returning to the United States from Venezuela and reading the terrible media reporting of the election, it was evident that the people of the[…]

END_OF_DOCUMENT_TOKEN_TO_BE_REPLACED 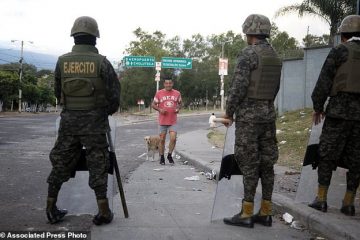 Soldiers stand guard outside the institute where election ballots are stored in Tegucigalpa, Honduras, Saturday, Dec. 2, 2017. At least one opposition protester has died in shootings in Honduras after the country announced a curfew and suspended some constitutional rights in the face of protests and unrest over a disputed election in which both candidates have declared themselves winner. (AP[…]