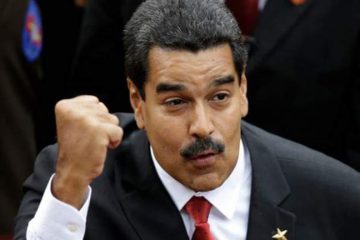 The signals that the U.S wants the military to overthrow Nicolas Maduro, the elected president of Venezuela, are growing stronger by the day. | AP by W.T. Whitney, Jr. originally published on People’s World, Feb 20, 2018 The Bolivarian social and political movement first led by former Venezuelan President Hugo Chavez and holding state power since 1999 has long faced[…]