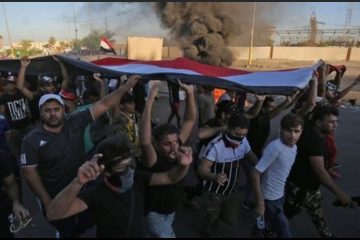 Death toll crosses 100 and wounded 6,000 by Countercurrents Staff, published October 7, 2010 Protests against unemployment, poor public services and corruption in Iraq have seen blood over the last few days. The death toll from anti-government protests in Iraq is at least 104. A total of 540 protesters have been arrested, of whom nearly 200 remain in custody, the[…]