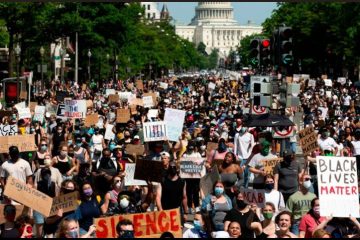 by Kevin Zeese and Margaret Flowers, published on Popular Resistance, May 31, 2020 The nationwide uprising sparked by the murder of George Floyd and other recent racially-motivated events is a response to the bi-partisan failed state in which we live. It comes in the midst of the COVID19 pandemic and the largest economic collapse in the US in more than[…]

END_OF_DOCUMENT_TOKEN_TO_BE_REPLACED 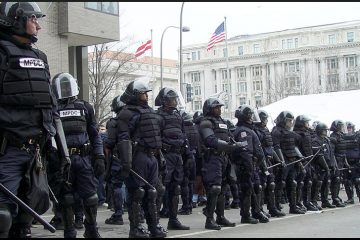 by Patrick Blanchfield, published on Black Agenda Report, December 18, 2019 Many of the tools and tactics adopted by American police over the past half century were originally deployed to fight communism abroad. “The era of intensified American policing that began in the 1960s cannot be understood outside the context of the Cold War national-security state.” Stuart Schrader Badges Without[…]

END_OF_DOCUMENT_TOKEN_TO_BE_REPLACED 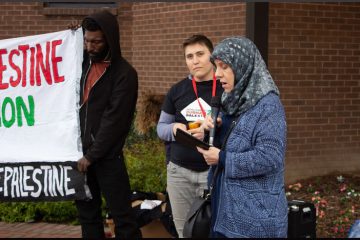 Manal Sidawi of the Muslim American Public Affairs Council reads a prayer during a rally in support of Demilitarize Durham2Palestine’s proposed resolution banning police exchanges between Durham Police and Israel outside Durham City Hall on April 16. The resolution later passed 6-0, making Durham the first city in the country to ban the practice. (Photo: Sammy Hanf) by Zaina Alsous[…]