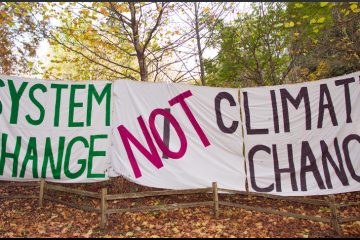 by Alison Bodine, published in Fire This Time Newsletter, July/August, 2020 On June 5, 2020, Alison Bodine spoke on behalf of the Fire This Time Movement for Social Justice at an international climate justice Webinar hosted by the Venezuela Ecology Movement (MEVEN) and Misión Nevado, a Social Mission in Venezuela dedicated to the protection of animals. The Webinar was entitled,[…]

END_OF_DOCUMENT_TOKEN_TO_BE_REPLACED 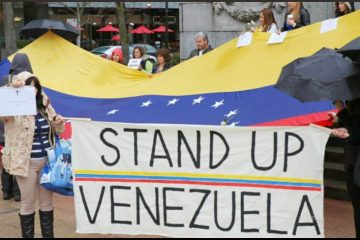 by Peter Koenig, Published on Countercurrents, May 9, 2019 After the new coup attempt – or propaganda coup – Venezuela lives in a state of foreign imposed insecurity. The failed coup was executed on 30 April by Juan Guaidó, the self-proclaimed and Washington-trained and endorsed “interim President”, and the opposition leader, Leopoldo López, who was hurriedly freed from house arrest[…]

END_OF_DOCUMENT_TOKEN_TO_BE_REPLACED 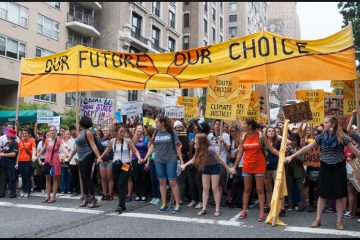 by Margaret Flowers and Kevin Zeese, from Popular Resistance, November 25, 2018 Notes from the UK: We are currently traveling in the United Kingdom, following our participation in the No US NATO Bases conference in Dublin, Ireland and delivery of a letter to the International Criminal Court in The Hague calling for a full investigation of Israel’s war crimes. We[…]

END_OF_DOCUMENT_TOKEN_TO_BE_REPLACED 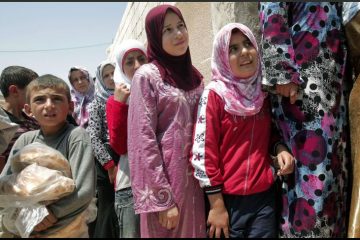 The United States, the European Union, the Arab League, Turkey, Canada and Australia have collectively taken measures since 2011, and the United States since 1979, to destroy Syria’s economy. The measures are illegal under international law, which prohibits states from using economic pressure, outside the framework of the UN Security Council, to coerce other states. With Syrians fleeing sanctions-induced economic[…]

END_OF_DOCUMENT_TOKEN_TO_BE_REPLACED 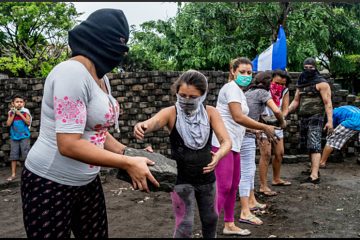 Women and girls build a barricade in Managua, Nicaragua to protect their selfs from paramilitary and police. June 16 2018 by Christine Marie, published on Socialist Action, August 9, 2018 Since April, hundreds of thousands of Nicaraguans have taken to the streets in protest of the policies of the government led by FSLN President Daniel Ortega. The protests at one[…]