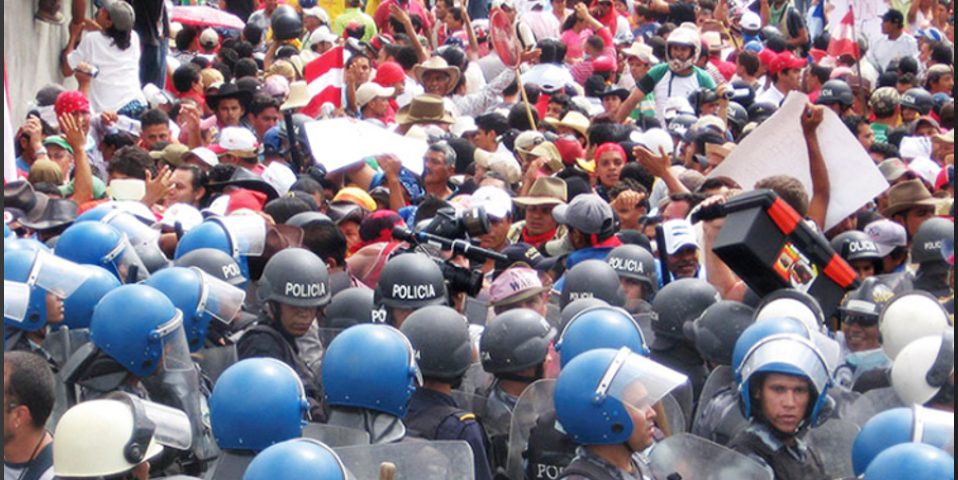 By Lazaro Monteverde, from Socialist Action, May 4, 2019

“The Long Honduran Night: Resistance, Terror, and the United States in the Aftermath of the Coup,” by Dana Frank. (Chicago: Haymarket Books, 2018).

Activist and scholar Dana Frank has given us a useful book to help us understand the present events in Honduras, at the U.S.-Mexico border, and elsewhere in Latin America. The 2009 coup in Honduras that toppled a democratically elected and mildly progressive government was engineered and sponsored by the U.S. government under President Obama and Secretary of State Hillary Clinton.

Frank gives us an analysis of the coup and subsequent resistance movement, as well as a first-person account of the activists and events since the coup. The book is readable and fact filled, but it is also necessary to any understanding of events in the so-called backyard of the United States.

Frank is a professor emerita of history at the University of California at Santa Cruz. She is best known in academic and labor circles for her insightful history of women workers in the banana industry, “Bananeras: Women transforming the Banana Unions of Latin America,” published by South End Press in 2005. She has extensive personal connections with unions and feminist organizations in Honduras and has a strong grasp of the scholarly research on Honduras in both Spanish and English.

The coup against the democratically elected president of Honduras Jose Manuel Zelaya Rosales took place on Sunday, June 28, 2009. The Honduran military, with the support of the Honduran Supreme Court and Congress, arrested the president and flew him to Costa Rica. The book explores the reasons for the coup and the popular struggle to restore democracy in its aftermath.

The coup was orchestrated by the U.S. with the support of the Honduran elite and military, both groups with close ties to Washington. When Obama took office in January 2009, the administration turned its attention to Latin America, an area that had been somewhat neglected under the Bush administration, which was focused on the Middle East. Noting the significant erosion of U.S. economic and political domination, the U.S. sought to reassert imperialist control over the empire’s traditional “backyard,” a pejorative expression in Latin America.

President Zelaya was a member of the traditional Honduras elite. Elected in 2006, he started moving in a reformist direction. He joined the Venezuelan and Cuban-led ALBA, supported a 50% increase in the minimum wage, and blocked efforts by the wealthy to privatize publicly owned ports, schools, and electrical systems.

These efforts at reform generated enormous resistance from the U.S. and the Honduran elite. In response to this resistance, President Zelaya proposed a non-binding survey question to be included on the ballot for elections held on June 28. The survey asked if voters wanted to include in the upcoming November ballot a question on authorizing a vote for delegates to a constitutional convention, to be held at some unspecified time in the future. Notice that this was not a vote to authorize a constitutional convention, nor was it an election of delegates to such a convention. All of this, by the way, was completely legal under the Honduran Constitution.

This tepid exercise in democracy was clearly too much for the empire and its clients. The U.S. and Honduran elite feared that the spread of democracy would undermine neoliberal policies in Honduras and challenge U.S. and elite control. The army, legally responsible for distributing ballots, refused to do so. Instead, on the morning of the elections, they grabbed President Zelaya and kicked him out of the country. The president of the Honduran Congress, Roberto Micheletti, declared himself president.

Now events unfolded following the typical U.S. script. The army seized government buildings. Demonstrations against the coup started almost immediately all over the country. In response, the government declared a state of siege, imposed a curfew, and sent tanks and soldiers into the streets. The resistance escalated in turn.

On July 2 (four days after the coup), hundreds of thousands demonstrated in the streets of Tegucigalpa and San Pedro Sula, Honduras’s two largest cities. World leaders around the world condemned the coup, except for Obama.

One week after the coup, Zelaya tried to fly into the Tegucigalpa airport, along with the president of the United Nations General Assembly, the presidents of Argentina, Ecuador, and Paraguay, and the Secretary General of the Organization of American States. The Honduran military blocked the runway, preventing the plane from landing while Honduran army snipers killed Hondurans who had come to welcome home their president. Estimates of the crowd ranged from several hundred thousand to one million.

Frank highlights the geopolitical reasons for the coup. Honduras was the weakest link in the chain of regimes moving toward independence from U.S. imperialism, or to use her metaphor, “Honduras was the first domino that the United States pushed over to counteract the new governments in Latin America” (p. 19).

Honduras is the home of the Soto Cano Air Base, one of the largest U.S. Air Force bases in all of Latin America. Honduras is also the source of super-profits for several major transnational corporations. For all of these reasons, in addition to the fact that U.S. imperialism tolerates no dissent no matter how mild, the U.S. wanted Zelaya overthrown.

Much of the book details the emergence and struggles of the popular resistance to the post-coup government. Within weeks of the coup, opposition groups coalesced into the Frente Nacional de Resistencia Popular [National Front of Popular Resistance] or FNRP.  The FNRP was commonly called simply La Resistencia [the Resistance] and included a broad range of groups, including the traditional Marxist groups, labor unions, and peasant organizations, as well as feminist groups, environmental groups, and LGBT groups. The FNRP organized non-violent demonstrations and strikes while the government stepped up its crackdown on all political dissent.

The U.S. played for time by manipulating negotiations between Zelaya and Micheletti in Costa Rica. The negotiations paved the way for the Nov. 29, 2019, presidential elections while excluding Zelaya. The elections were a textbook example of a “demonstration election,” an election in form without the substance of any democratic participation. The election of Porfirio Lopez, a coup supporter, was almost a forgone conclusion.

Weeks after the election, which the U.S. hailed as a triumph of democracy, assassinations and early morning raids on political activists increased. At the same time, the U.S. re-opened the aid spigots that had been shut off during Zelaya’s presidency. President Lopez began to privatize major government owned assets.

In spite of the slow and steady slaughter of Honduran political activists, the Resistance continued until dealt a surprising body blow. The presidents of Colombia and Venezuela (Juan Manuel Santos and Hugo Chavez, respectively) had negotiated the Cartagena Accords between Zelaya and the Honduran government. The accord included first, dropping all charges against Zelaya and his ministers; second, a commitment on the part of the Honduran government to human rights; and third, creating a legal path for the FNRP to become a political party. This agreement was negotiated behind the backs of the Resistance, who both called for a constituent assembly to write a new constitution and opposed participation in the corrupt and undemocratic election process.

The Cartagena Accords split the FNRP and paved the way for a new U.S.-backed dictator to emerge. Part of the Resistance formed LIBRE, a political party based on Zelaya’s supporters. LIBRE ran Xiomara Castro, President Zelaya’s wife and a popular figure in the country, in the November 2013 elections. The final results, unsurprisingly, gave the election to Juan Orlando Hernandez, the U.S.’s man in Tegucigalpa. Hernandez proceeded to increase political repression and purge the Honduran judiciary and police, especially of those who opposed corruption or Hernandez’s rule (Hernandez and segments of the Honduran ruling class have strong connections to the drug trade).

The U.S. appointed General James Nealon, a former head of SOUTHCOM, as ambassador to Honduras. And so it goes: the U.S. and the Honduran ruling class are back in control while the Honduran people face repression, crime, and brutal capitalist exploitation in a seemingly never ending long Honduran night. Is it any wonder that Hondurans seek a better life in the center of the capitalist system?

For more information, contact the Honduras Solidarity Network, at http://www.hondurassolidarity.org.