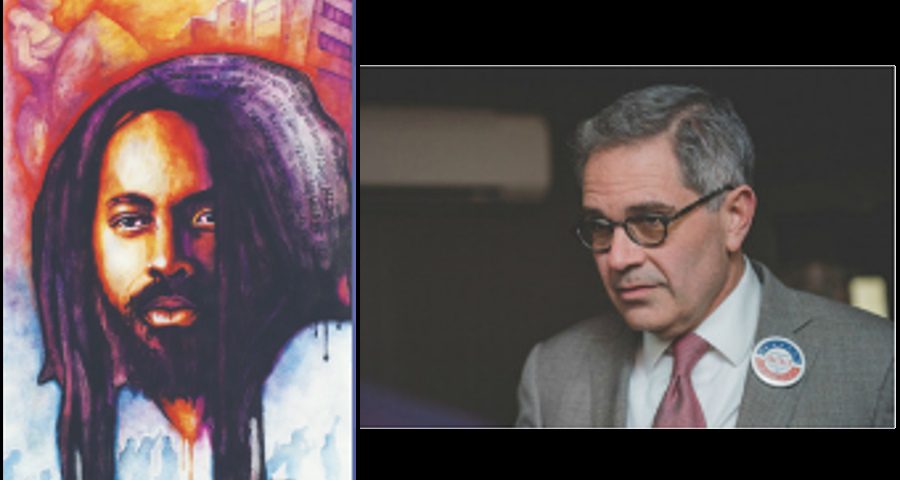 April 17 — A major hurdle was cleared today for political prisoner Mumia Abu-Jamal to win a new trial and freedom. The office of the Philadelphia District Attorney filed a notice that it was rescinding its appeal against Common Pleas Court Judge Leon Tucker’s decision granting Abu-Jamal new appellate rights.

This filing opens the door for Abu-Jamal’s attorneys, Judith Ritter and Sam Spital, with the NAACP Legal Defense Fund, to proceed with a filing to have previously denied Post Conviction Relief Act (PCRA) appeals reheard before a new panel of Pennsylvania Supreme Court judges.

Tucker issued a historic ruling last Dec. 27 that former State Supreme Court Justice Ron Castille should have recused himself from hearing four of Abu-Jamal’s appeals between 1995 and 2012. Tucker’s decision further clarified, reinforced and confirmed in his Form 1925 document of March 26 what Mumia Abu-Jamal’s attorneys have argued for years — the innocent prisoner did not get a fair hearing before the State Supreme Court and deserves a new hearing.

Abu-Jamal’s current appeal, first heard in April 2017, was based on the 2016 U.S. Supreme Court decision in Williams v. Pennsylvania that Castille, as the District Attorney who oversaw the William’s case, should have recused himself from ruling on the state appeals.

In January 2019, District Attorney Larry Krasner’s office appealed Tucker’s Dec. 27 ruling, claiming it was overly broad and that it would overburden the court system if thousands of defendants used this decision as precedent.

In his March 26 filing, Tucker shattered Krasner’s argument, explaining that former DA Castille gave the appearance of bias not only because of his prior role as District Attorney but also because of his pro-death penalty statements, ties to the Fraternal Order of Police (FOP), and lobbying for speedy death penalties in capital cases involving the murder of police officers.

Just being a district attorney does not disqualify a State Supreme Court justice from hearing a case. The appearance of bias must also be present. Hence, Tucker stated: Mumia’s

“appeal has established by a preponderance of the evidence that … there was an unconstitutional potential for bias. [His] claims should be reviewed in the interest of justice.”

Multiple constitutional violations to be heard

The constitutional violations that Abu-Jamal’s attorneys will argue, and Krasner as District Attorney will have to defend, include racial bias in jury selection, to such an extent that it produced an inherently biased jury and therefore an unfair trial (based on “the Batson challenge”); ineffective assistance of counsel; witness intimidation and coercion; and more.

One significant appeal concerns the blatant bias of Judge Albert Sabo, a lifetime supporter of the FOP.  Sabo presided over Abu-Jamal’s 1982 trial and was brought back from retirement to preside over his 1995-96 PCRA hearings. A court stenographer testified she heard Sabo say in a court anteroom about his role in the case,

Once Abu-Jamal wins just one of these arguments he gains the right to a new trial in which he can present evidence of his innocence, plus expose police and prosecutorial manufacturing of guilt — false hospital confession, phony ballistics evidence, lying witnesses, and suppression of other evidence.

Immediately after Tucker’s Dec. 27 ruling closed off the opportunity to introduce new evidence, DA Krasner suddenly announced that his staff had “discovered” additional file boxes pertaining to Abu-Jamal’s case which had been hidden in a remote storage room.  Because of public pressure and scrutiny of the case at that time, Abu-Jamal’s attorneys were given access to review those files.

Thousands of petitions were sent to Krasner urging him to drop his appeal. Over a dozen community groups that had supported his run for office in 2017 signed a letter expressing their sense of betrayal when he issued his appeal.

Pressure on Krasner’s office to do the right thing gained momentum in early February when Yale Law School students publicly withdrew their invitation to Krasner to deliver a keynote address to their Rebellious Lawyering (Reb/Law) conference.  The law students instead invited Mumia to speak at their conference as a keynote speaker. In his remarks, Mumia quoted radical lawyers such as Fidel Castro and Nelson Mandela.

In Philadelphia, activists confronted Krasner whenever he spoke in public with signs calling on him to take back his appeal.

Pam Africa, of the International Concerned Family and Friends of Mumia Abu-Jamal, states in a press release dated April 18,

“We demonstrated against Krasner because he wasn’t telling the truth about Tucker’s ruling. Now the judge’s latest document has made his ruling perfectly clear. In fact, we call for Mumia’s release, because of 37 years of police, judicial and prosecutorial misconduct. Such practices permeate the whole injustice system. They are major causes of mass incarceration of Black, Brown and poor people in the U.S.”

“While Philadelphia DA Larry Krasner might not feel a sense of urgency, we need to. Mumia Abu-Jamal will be 65 years old in a few weeks. His eyesight has been severely compromised, making it hard for him to read, because he is suffering from as-yet untreated cataracts and serious glaucoma.  He is recovering from life-threatening complications of hepatitis C and diabetic shock caused by a reaction to treatment for debilitating skin rash conditions.” (prisonradio.org)

Supporters of Abu-Jamal will hold a press conference at noon on April 18 outside Philadelphia City Hall. On April 27, there will be a major protest in Philadelphia starting at Vernon Park in the Germantown area at 11 a.m.

An innocent man, and in poor health, Abu-Jamal should be released immediately.