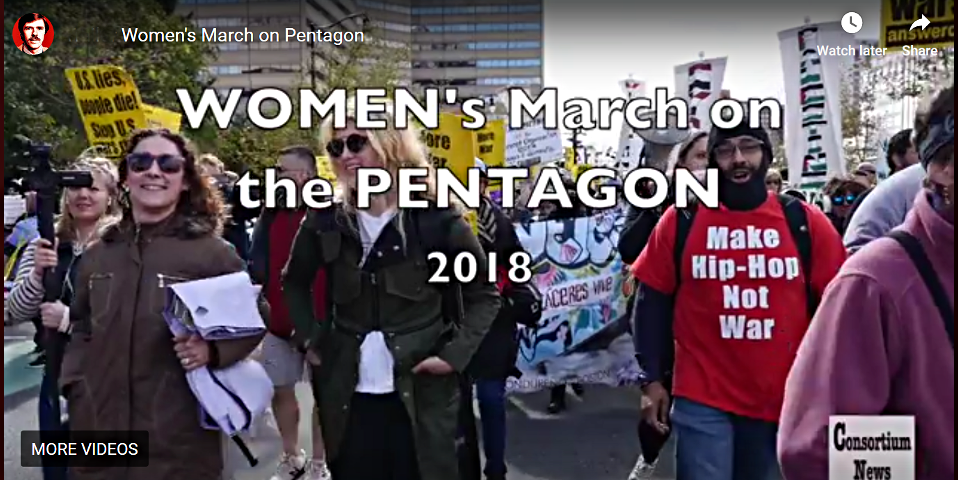 About 1,500 women and allied men marched on the Pentagon on Sunday to demand an end to perpetual war and the funding of education, health care and other social needs instead.

After marching one mile from Pentagon City a rally was held from a stage set up in a Pentagon parking lot, against the backdrop of the five-sided war headquarters.