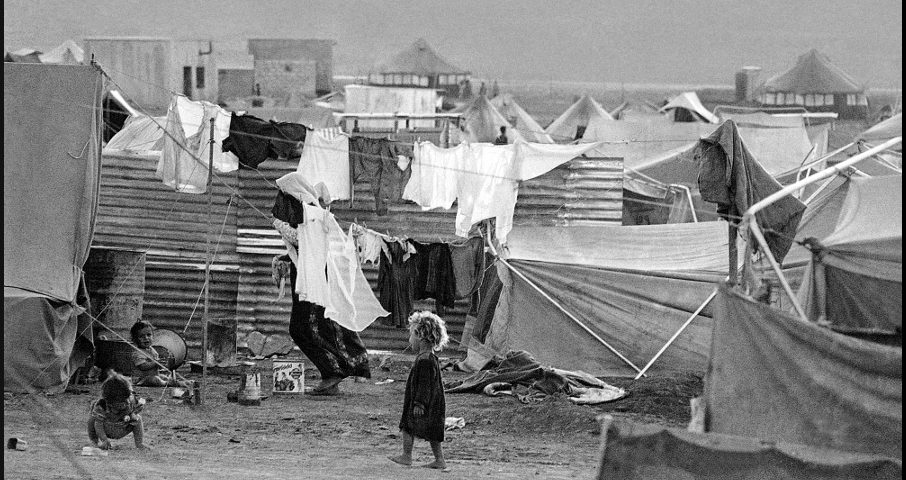 “The Palestinians face the last bastion of legalized racial rule on the planet.”

The great nakba, or “catastrophe,”began in 1492, when Christopher Columbus proclaimed the lands of the “Indies” for Spain. Within half a century of his voyage, 95 percent of the inhabitants of the America’s had been killed by European-borne diseases, war, famine and enslavement: 100 million dead , or one out of every five human beings on the planet, the most catastrophic loss of life in recorded history. But, the nakbahad just begun. For the next half a millennium, Europeans would inflict countless “catastrophes” on the world’s darker peoples. As Mumia Abu Jamal and Stephen Vittoria document in Murder Incorporated: Empire, Genocide and Manifest Destiny, the Europeans killed or enslaved 60 million Africans, depopulating one continent, repopulating two others with captive peoples, and fantastically enriching the third, from which emerged “the white man,” an amalgam of “all the races of Europe” (The Melting Pot, 1908 .) Columbus’ voyage began a 500-year western European war against the rest of humanity, known more politely as “colonialism,” in which all other people’s economies and cultures were made subordinate to the master powers headquartered in London, Paris, Lisbon, Madrid – and later, Washington.

“Columbus’ voyage began a 500-year western European war against the rest of humanity.” With every expansion of European dominion, millions of darker peoples perished, until the whole of the planet was transformed by the unfolding, cumulative nakbas, catastrophes. Global plunder led to global trade, creating the basis for industrial capitalism. Global “white” rule codified racism, leading logically to Nazism, in its many manifestations. Whole peoples were erased from existence. The King of one small European country, Leopold of Belgium, caused the deaths of ten million Congolese during his reign. At least six million more Congolese have died as the result of U.S. policiesin the region, since 1994. The subcontinent of Asia that became known as India suffered repeated mass murders during centuries of British rule. Ten million Indians died in the aftermath of a native revolt against foreign domination, in 1857. Less than a century later, three million Indians died from starvation and disease caused by British colonial policies during World War Two.

At the end of that war, the one-third of the world’s people’s that still remained under colonial rule were demanding self-determination. But the newly-formed United Nations had one more duty to perform on behalf of the five hundred year-long Euro-American colonial project. On May 14, 1948, the greater part of Palestine was given to the Zionist Jewish settler state-in-the-making that had been backed by Great Britain, the colonial power in the region. The establishment of the state of Israel was like spitting in the face of humanity. The post-war period was supposed to be a time of national liberation for the colonized peoples. But before that process was allowed to proceed in earnest, European Jews — whose “whiteness” was the last to be recognized by other whites — were to be awarded their own colony. The act was justified as consolation for Jews having suffered murderous oppression by other Europeans — a logic that only makes sense on white supremacist terms. The resulting oppression of the Arab majority was of no consequence. The Palestinian nakba began, with the exile of 700,000 Arabs and an inferior, Jim Crow political status for those that remained in the new, Jewish state.

“The establishment of the state of Israel was like spitting in the face of humanity.”

With the fall of white rule in South Africa in 1994, Israel is now the world’s last apartheid state, a government based on ethnic and racial supremacy. Its very existence is an insult to humanity. Israel is the antithesis of civilization. It is, by nature, racist barbarism. So, it is no wonder that the scenes from Gaza look like the movie Schindler’s List , where the Nazi concentration camp commander took sport in randomly shooting inmates from his window.

Al the civilized peoples of the world are in solidarity with the Palestinians, who face the last bastion of legalized racial rule on the planet. Their catastrophe, their nakba, was among the last acts of a racist imperial order that must ultimately we swept away.

If not, then the final nakba is coming — for all of us.

Glen Ford is Executive Editor of Black Agenda Report.   Glen has a long history of radio commentary and activism.  BAR executive editor Glen Ford can be contacted at Glen.Ford(at)BlackAgendaReport.com.