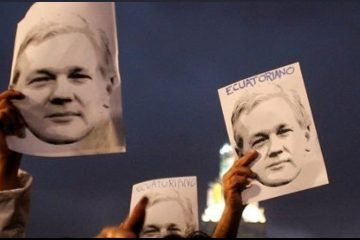 Supporters of WikiLeaks founder Assange demonstrate in front of presidential palace regarding his Ecuadorian citizenship in Quito | Photo: REUTERS file photo by John Pilger, Published on TeleSUR English, March 3, 2019 Whenever I visit Julian Assange, we meet in a room he knows too well. There is a bare table and pictures of Ecuador on the walls. There is[…]