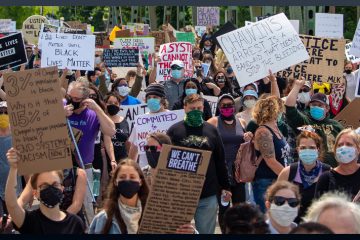 Defend Black Lives! NO Police State! NO Military Dictatorship! Release all arrestees! NO more attacks on anti-racist protesters! The United National Antiwar Committee (UNAC) stands in solidarity with communities across the country who are rising up in protest against racist police violence. As Donald Trump calls for the deployment of the U.S military in response to these national protests, UNAC[…]