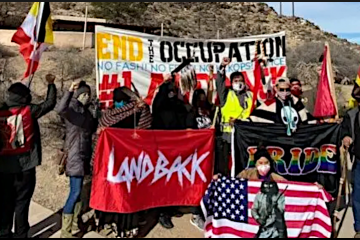 Published on TeleSUR, January 2, 2021 The Red Nation condemns the brutalization of Darrell House by National Park Service rangers on Tiwa Territory (Albuquerque, New Mexico). Native groups have taken to Petroglyphs National Monument in Tiwa Territory, commonly known as Albuquerque, New Mexico, to demand justice for Darrell House, a native man who was brutally tasered by rangers of the[…]