by Vanessa Beeley, published on Organizing Notes, May 17, 2022 Under cover of media focus on the NATO proxy war in Ukraine and the Zionist assassination of Al Jazeera senior correspondent Shireen AbuAkleh, Washington is making moves to annex Syrian territory. On May 11th during the meeting of the “global coalition against Islamic State” in Marrakech, Morocco the U.S acting[…]

END_OF_DOCUMENT_TOKEN_TO_BE_REPLACED by Caitlin Johnstone, published on CaitlinJohnstone.com, May 10, 2022 As we hydroplane toward the brink of nuclear armageddon while Bono and the Edge play U2 songs in Kiev, it’s probably worth taking a moment to highlight how this war could have been avoided. The U.S. could have simply pledged military protection for Volodymyr Zelensky against the far-right extremists who were threatening to lynch[…]

END_OF_DOCUMENT_TOKEN_TO_BE_REPLACED by Abdul Jabbar, published on Countercurrents, April 17, 2022 Since I am originally from Pakistan and have been teaching interdisciplinary studies (including political science) at City College of San Francisco, I have been following the developments there with great interest and concern, both from professional and personal points of view. For brevity and clarity, I am itemizing my impressions as[…]

END_OF_DOCUMENT_TOKEN_TO_BE_REPLACED by Shane Quinn, published on Global Research, March 19, 2022 Eleven years ago, on 19 March 2011, the United States and its military arm NATO unleashed a sustained bombardment against Libya, where Colonel Muammar Gaddafi had been in charge for over four decades. Gaddafi would be killed in brutal fashion seven months later, while Libya descended into chaos as warring[…]

END_OF_DOCUMENT_TOKEN_TO_BE_REPLACED 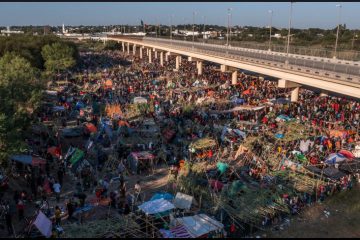 by G. Dunkel, published on Workers World, September 28, 2021 After images of the U.S. Border Patrol agents using long reins as whips against Haitians camped in Del Rio, Texas, trying to get into the U.S., spread worldwide, a top-level decision was made to shut the Del Rio camps down. Hundreds of progressive organizations condemned the Border Patrol’s actions —[…]

END_OF_DOCUMENT_TOKEN_TO_BE_REPLACED 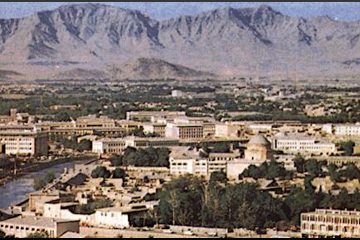 by John Pilger, published on CounterPunch, August 25, 2921 As the US leaves Afghanistan in disgrace, it is illuminating to look at the beginning of the story.  You  have probably heard this story before but it merits retelling.  Syria has a similar one, and Iran, and even Iraq though each country has been entangled with US foreign policy and US[…]

END_OF_DOCUMENT_TOKEN_TO_BE_REPLACED 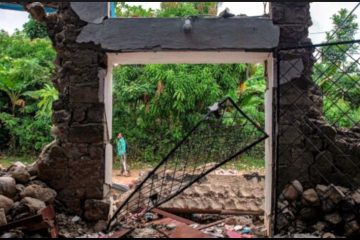 by G. Dunkel, published on Workers World, August 23, 2021 What Secretary of Homeland Security Alejandro Mayorkas said and did in a brief trip to Miami Aug. 19 reflects and exemplifies 200 years of U.S. assaults on Haiti. In 1805, a year after its hard-won independence, President Thomas Jefferson imposed an embargo on Haiti that lasted until 1862. The U.S.[…]

END_OF_DOCUMENT_TOKEN_TO_BE_REPLACED 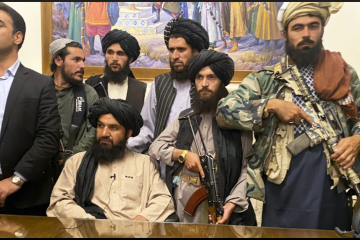 Black Alliance for Peace Newsletter, August 18, 2021 Just days ago, some intelligence estimates figured it could take up to six months for the Taliban to seize control of Kabul in its sweeping campaign to reclaim power in Afghanistan. Yet, on Sunday, former President Ashraf Ghani formally resigned and fled the country. Now, Taliban officials reside in the presidential palace[…]

END_OF_DOCUMENT_TOKEN_TO_BE_REPLACED 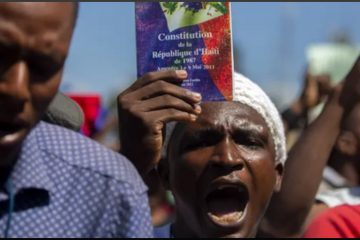 by G. Dunkel, published on Workers World, July 13, 2021 In Haiti, around 1:00 a.m., July 7, brand new SUVs without license plates pulled up to the private residence of President Jovenel Moïse in Pétion-Ville. A team of assassins got out, slipped through his security and shot him dead. His spouse was severely injured. President Joe Biden has expressed reluctance[…]

END_OF_DOCUMENT_TOKEN_TO_BE_REPLACED 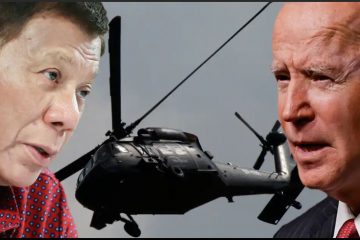 Statement from Chicago Anti-War Coalition, July 9, 2021 There is a sign-on statement you can sign asking Congress to Block the Billion Dollar Arms Sale to [the government of Philippine President] Duterte!  They are primarily seeking organizational sign-ons but individuals can sign as well. [jb] Many Filipinos are very upset with President Duterte and the passage of an Anti-Terrorism law[…]