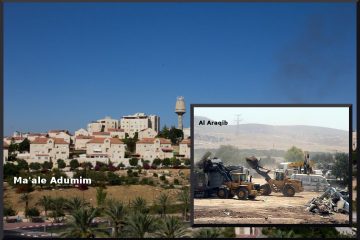 Republished from If Americans Only Knew Stories keep pouring in of Israel demolishing Palestinian villages; many of the buildings destroyed were donated by EU organizations; schools have been razed; residents are often required to pay tens of thousands of dollars for the destruction of their own homes; nearly 160,000 Bedouins live in “unrecognized” villages built before 1948 that Israel has[…]

END_OF_DOCUMENT_TOKEN_TO_BE_REPLACED 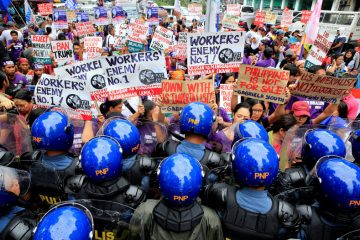 Reprinted from TeleSUR IN PICTURES: “The ASEAN Summit translates to unlimited exploitation and unlimited plunder,” said Anakbayan National Chairperson Vencer Crisostomo. Mass movements from across the Philippines have staged huge protests across Metro Manila to protest the ASEAN summit and the visit of U.S. President Donald Trump, sparking massive repression by Philippine National Police personnel tasked with guarding the summit.[…]

END_OF_DOCUMENT_TOKEN_TO_BE_REPLACED 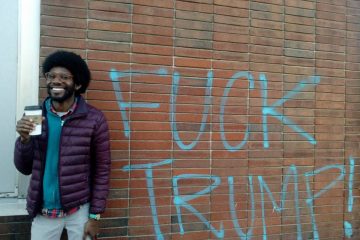 Khury Petersen-Smith explores the commonalities of the struggle of Black Americans with that of the Palestinian people. This is a wonderful talk on an important subject.   I recorded the event on my iPhone which, unfortunately, was low on minutes.   Not wishing to have the entire 2 hours in a single recording, (and being low on minutes) I rather awkwardly broke[…]

END_OF_DOCUMENT_TOKEN_TO_BE_REPLACED 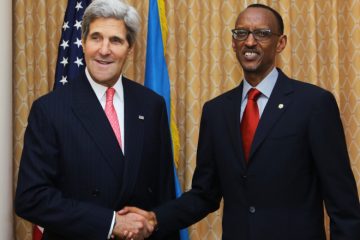 By Rich Whitney, Truthout, Saturday, September 23, 2017 For decades, the American people have been repeatedly told by their government and corporate-run media that acts of war ordered by their president have been largely motivated by the need to counter acts of aggression or oppression by “evil dictators.” We were told we had to invade Iraq because Saddam Hussein was an[…]

END_OF_DOCUMENT_TOKEN_TO_BE_REPLACED 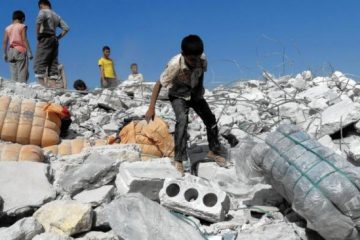 Originally Published on Socialist Action. “Trump Ends Covert Aid to Syrian Rebels Trying to Topple Assad,” read a July 19 New York Times headline. Citing The Washington Post as its source, the article noted that the official termination of the “secret” U.S. program “was never publicly announced, just as the beginnings of the program four years ago were officially a[…]

END_OF_DOCUMENT_TOKEN_TO_BE_REPLACED

Bolivia will restore diplomatic relations with Cuba, Venezuela and Iran, said President-elect Luis Arce in an interview with EFE. He will also re-establish good relations with China & Russia.

Arce condems the coup govt for its ideological & pro-US approach to foreign policy.

The airwaves & internet must be claimed by the public. By engaging in thought policing & entering the political sphere as partisans, big tech firms have demonstrated that they cannot be allowed to exist in their present forms. The public must claim and de-commodify the internet.

Congratulations to the people of #Bolivia 🇧🇴 on their victory in electing Luis Arce, the Movement Toward Socialism candidate, as president.

Celebrations for the restoration of democracy in Bolivia at 2am.

Election day in Bolivia. What does the US-backed coup gov't has up its sleeve to deny the MAS victory suggested by the polls? Follow @camilateleSUR, @LeonardoEFA, @wyattreed13, @OVargas52 for on the ground updates https://twitter.com/camilateleSUR/status/1317822702326026241

Luis Arce leaves the polling center where he cast his vote. Is he the next President of the Plurinational State of Bolivia? He is certainly the most popular. @teleSURenglish

I am deeply disturbed by reports that the Añez Administration has arrested election observers and attacked diplomats.

Free and fair elections are the bedrock of democracy and tomorrow’s election in Bolivia must be free of interference. https://twitter.com/alferdez/status/1317314091833327616

#LIVE | The coup goverment has deployed military with war weapons in some polling stations in La Paz.

The coup was the biggest fraud of all.

In a show of force, Bolivia's regime has deployed the military to the streets of La Paz and the other main cities, hours before the elections begin.

The Interior Minister has vowed to use force against any protests over possible electoral fraud. 3

Get involved with UNAC Youth Against Empire at http://bit.ly/YAEContact

“The empire is the weakest we’ve seen it in our lifetime.” —Vichina from @Blacks4Peace. #YouthAgainstEmpire