Petitions and Condemnations Are Not Enough
The US Peace Movement Must Act Decisively! 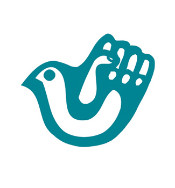 Once again, the bloody hand of US imperialism is reaching out into Venezuela to complete the failed job of regime change that it started in 2002 against President Hugo Chavez. There is no doubt that another US-led coup is underway to topple the democratically elected government of President Maduro in the hope of putting an end to the Bolivarian Revolution in Venezuela.

The illegal act by the US Government to recognize Juan Guaido as the “President of Venezuela” is not only in violation of the International Law and the United Nations Charter, but constitutes a direct attack on Venezuelan people’s right to national sovereignty and self-determination. We do not forget that the same tactic of creating a US-fabricated “alternative government” was also used by the Obama Administration, and especially by Hillary Clinton as the US Secretary of State, in an attempt to overthrow the legitimate government of President Assad in Syria.

The forced regime change operation in Venezuela is just another instance of the ongoing policy adopted by U.S. imperialism against the governments that have been resisting US domination since the dismantling of the USSR — Yugoslavia, Afghanistan, Iraq, Libya, Syria, Yemen, Iran, Cuba, Venezuela, Nicaragua, North Korea — which is now being intensified by the exclusively corporate/military controlled Trump Administration. In addition, recent efforts by NATO to recruit Latin American countries, such as Colombia and Brazil, further threaten countries like Venezuela who dare to assert their autonomy.

This criminal decades-long regime change policy is driven by both economic and strategic objectives. Venezuela has been in the US crosshairs, along with Iraq, Libya, and Iran, for its large oil reserves. Venezuela is also the primary exporter of oil to the United States. US control of these rapidly depleting oil reserves is key to the US imperialism’s domination of the global economy in the 21st Century, especially in the face of emerging powerful challenges from countries like China and Russia.

But an even more urgent motivation for US imperialism to force a regime change in Venezuela is putting an end to the anti-imperialist role Venezuela’s Bolivarian Revolution has played in Latin America. Since the ascendance of President Chavez to power in 1999, the Bolivarian Government of Venezuela has played a critical role in promoting self-determination, democracy and mass-empowerment in Latin America. It has been Cuba’s main supporter during the emergency period that it faced after the disintegration of the Socialist Camp. Venezuela provided subsidized oil to numerous countries in the Caribbean, e.g., Cuba, Haiti, Jamaica, Belize, Nicaragua, that allowed those countries to finance education, reduce poverty and pay down debt. Venezuela also provided deeply discounted heating oil to impoverished families in 25 states throughout the US.

It is for all these reasons that the success of US-led coup in Venezuela would result in a disaster, not only for the people of Venezuela, but for all of the Latin America and even the people of United States. It can easily lead to a long civil war and possibly another US military intervention, this time in Venezuela, especially since Trump and Bolton and Pompeo have consistently said that this option is on the table. It would lead to displacement of hundreds of thousands, or even millions, of people, creating a huge wave of refugees throughout Latin America, which would affect the United States as well. Given Trump’s policy of anti-refugee, and an anti-immigrant border wall, one can imagine the dimensions of the humanitarian disaster that could arise.

The U.S. Peace Council strongly opposes US imperialism’s criminal interference in the internal affairs of Venezuela and demands full respect for the will of the majority of the Venezuelan people who have freely elected Nicolas Maduro as their President.

We call upon the US peace movement to not limit itself to just signing petitions and issuing statements of condemnation, as important as they are. While these methods are necessary and helpful in applying pressure on the US Congress and the government, the history of US imperialism has demonstrated that such appeals alone have not been effective enough to stop the crimes that are being committed by our government abroad in our name.

We need to organize broad mass protests in every corner of the country, against war, against foreign intervention, and against violations of UN Charter by the US ruling class.

Many organizations in the US and around the world have already issued calls for mass protests against the ongoing US coup attempt in Venezuela (for a partial list of actions CLICK HERE).

We urge our members and supporters, and all peace-loving people, to join these actions or organize similar protests in their own area.

Let us remember how we stopped the Vietnam War. Let us join hands again to demonstrate the immense power of the people who want peace and an end to imperialist interventions.

El Alto, Bolivia: Massive concentration on Avenida Civica as tens of thousands await the arrival of the leaders who they overwhelmingly elected to govern. @teleSURenglish

The man who sold lies to the world about “revolution” and “freedom fighters” in Libya and Syria, only for both countries to be destroyed in regime change wars and riddled with terrorists, wants to have a chat about misinformation. https://twitter.com/nowthisnews/status/1319991532573749249

OBAMA TALKS MISINFORMATION: ‘That is a problem that is going to outlast Trump’ — Listen to Barack Obama slam Trump’s use of misinformation and warn about its impact in the future

"How did a dictatorship allow itself to be voted out of government?

The answer is simple: it did not have a say in the matter. The Bolivian masses, extraordinarily well-organized, imposed these elections on the reactionary dictatorship."

BAP's U.S. Out of Africa Network and @PACAdmv issued a joint statement on the neocolonial relationship between the U.S. & Africa that created #SARS. READ + SHARE. #EndSARS. http://blackallianceforpeace.com/bapstatements/endsars

Trump pretends to be anti-war on north Korea but his administration blocked improved north-south relations (overriding the south Korean government too), enforced sadistic sanctions, and tweeted about literally nuking Pyongyang.

So, about as bad as Biden. https://www.theguardian.com/world/2018/aug/31/north-south-korea-train-project-halted-us

When do international agencies start say the US is a repressive government?
https://amp.theguardian.com/us-news/2020/oct/22/us-ice-officers-allegedly-used-torture-to-make-africans-sign-own-deportation-orders

Bolivia will restore diplomatic relations with Cuba, Venezuela and Iran, said President-elect Luis Arce in an interview with EFE. He will also re-establish good relations with China & Russia.

Arce condems the coup govt for its ideological & pro-US approach to foreign policy.

The airwaves & internet must be claimed by the public. By engaging in thought policing & entering the political sphere as partisans, big tech firms have demonstrated that they cannot be allowed to exist in their present forms. The public must claim and de-commodify the internet.