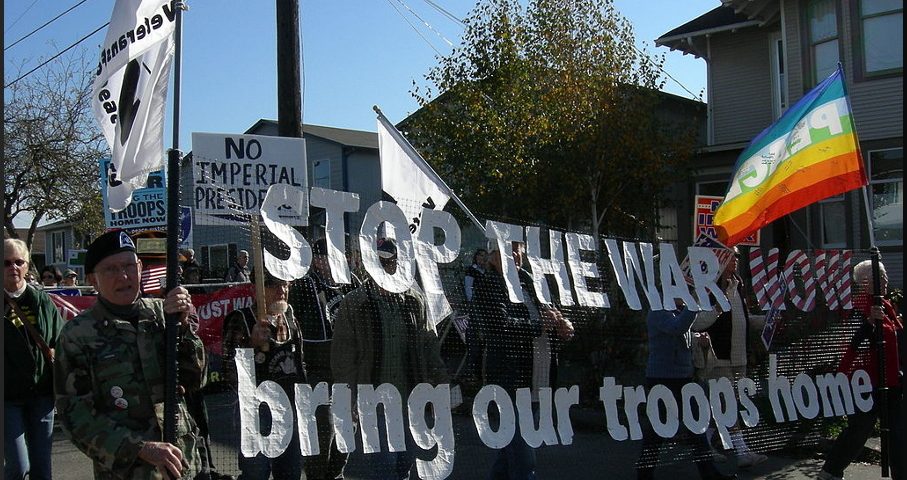 VfP December 22 –  Veterans For Peace is pleased to hear that President Trump has ordered a total withdrawal of U.S. troops from Syria, where they had no legal right to be in the first place. Whatever the reasoning, withdrawing U.S. troops is the right thing to do.

It is incorrect to characterize the U.S. military intervention in Syria as “fighting terrorism,” as much of the media is doing. Although the U.S. fought against the ISIL Caliphate (aka “ISIS”), it also armed and trained Islamist groups, including al-Qaeda aligned forces, who are seeking to destroy the secular, multi-religious Syrian state and establish a harsh fundamentalist order of their own.

Furthermore, the U.S. aerial bombardment of the city of Raqqa, Syria, similar to its bombardment of Mosul, Iraq, was itself terror in the extreme, causing the deaths of tens of thousands of civilians. These are huge war crimes.

A continued U.S. presence in Syria would only prolong a policy that has been disastrous for all the peoples of the region, who have already suffered way too much as a result of years of U.S. intervention and occupation on their soil. It would also be a disaster for the troops who are being asked to carry out this impossible burden. 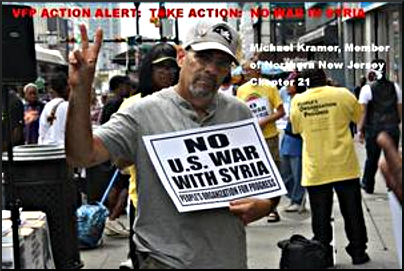 In these moments when those in power advocate for remaining at war, Veterans For Peace will continue holding true to our mission and understanding that war is not the answer. We sincerely hope that the withdrawal of U.S. troops from Syria will be total, and will be soon. We hope this will also lead to the withdrawal of U.S. troops from Afghanistan, where the U.S. government is currently in talks with the Taliban and an end to U.S. involvement in the Saudi-led war in Yemen, which is causing the death by starvation of tens of thousands of innocent children.

Veterans For Peace knows that the U.S. is a nation addicted to war. At this time of uncertainty, it is critically important that we, as veterans, continue to be clear and concise that our nation must turn from war to diplomacy and peace. It is high time to unwind all these tragic, failed and unnecessary wars of aggression, domination and plunder. It is time to turn a page in history and to build a new world based on human rights, equality and mutual respect for all. We must build momentum toward real and lasting peace. Nothing less than the survival of human civilization is at stake.