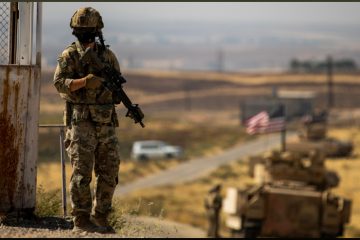 by Alan MacLeod, published on MintPress News, February 10, 2021 he U.S.-government funded outlet Voice of America has confirmed rumors that a new military base is being built in northeastern Syria. A convoy of 40 troop carriers and other vehicles arrived and began setting up shop in the city of Hasakah near the Turkish and Iraqi borders over the weekend.[…]

END_OF_DOCUMENT_TOKEN_TO_BE_REPLACED 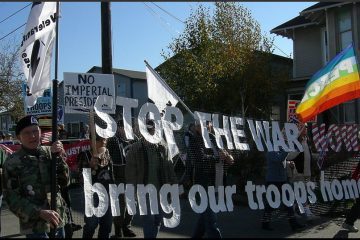 VfP December 22 –  Veterans For Peace is pleased to hear that President Trump has ordered a total withdrawal of U.S. troops from Syria, where they had no legal right to be in the first place. Whatever the reasoning, withdrawing U.S. troops is the right thing to do. It is incorrect to characterize the U.S. military intervention in Syria as[…]