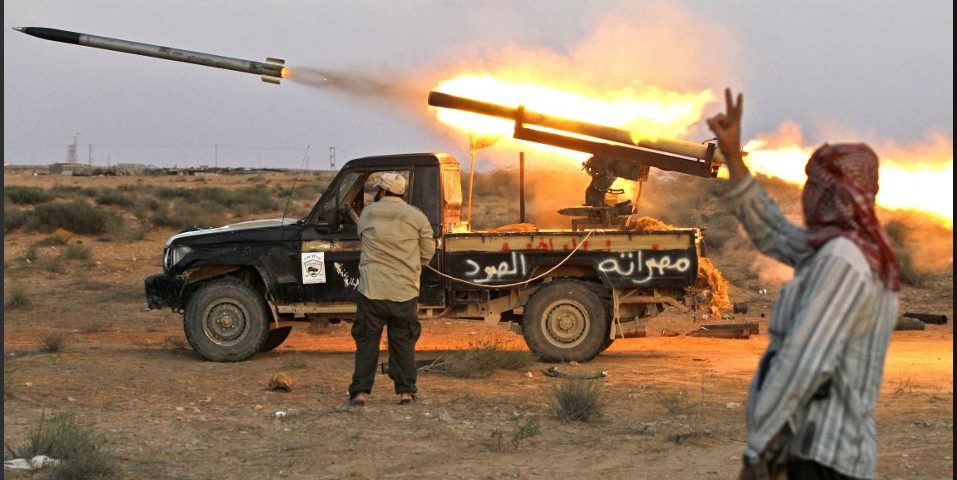 The world will long remember the present immigrant crisis in Europe, which has negatively affected countless people there, and almost all countries. History will certainly record it as a major tragedy. Could it have been averted? Or kept within much more reasonable humane bounds?

After the United States and NATO began to bomb Libya in March 2011 – almost daily for more than six months! – to overthrow the government of Muammar Gaddafi (with the completely phoney excuse that Gaddafi was about to invade Benghazi, the Libyan center of his opponents, and so the United States and NATO were thus saving the people of that city from a massacre}, the Libyan leader declared: “Now listen you people of Nato. You’re bombing a wall, which stood in the way of African migration to Europe and in the way of al Qaeda terrorists. This wall was Libya. You’re breaking it. You’re idiots, and you will burn in Hell for thousands of migrants from Africa.”

Remember also that Libya was a secular society, like Afghanistan, Iraq and Syria, all destroyed by America while supporting Saudi Arabia and various factions of al Qaeda. It’s these countries that have principally overrun Europe with refugees.

Gaddafi, like Saddam Hussein, had a tyrant side to him but could in important ways be benevolent and do very valuable things. He, for example, founded the African Union and gave the Libyan people the highest standard of living in all of Africa; they had not only free education and health care but all kinds of other benefits that other Africans could only dream about. But Muammar Gaddafi was never a properly obedient client of Washington. Amongst other shortcomings, the man threatened to replace the US dollar with gold for payment of oil transactions and create a common African currency. He was, moreover, a strong supporter of the Palestinians and foe of Israel.

In 2011, Secretary of State Hillary Clinton was the prime moving force behind the United States and NATO turning Libya into a failed state, where it remains today. The attack against Libya was one that the New York Times said Clinton had “championed”, convincing President Obama in “what was arguably her moment of greatest influence as Secretary of State.”

The American people and the American media of course swallowed the phony story fed to them, though no evidence of the alleged impending massacre has ever been presented. The nearest thing to an official US government account of the matter – a Congressional Research Service report on events in Libya for the period – makes no mention at all of the threatened massacre.   Keep this in mind when reading the latest accusations against Russia.

The US/NATO heavy bombing of Libya led also to the widespread dispersal throughout North African and Middle East hotspots of the gigantic arsenal of weaponry that Gaddafi had accumulated. Libya is now a haven for terrorists, from al Qaeda to ISIS, whereas Gaddafi had been a leading foe of terrorists.

William Blum is the author of Killing Hope: U.S. Military and CIA Interventions Since World War II, Rogue State: a guide to the World’s Only Super Power . His latest book is: America’s Deadliest Export: Democracy. He can be reached at: