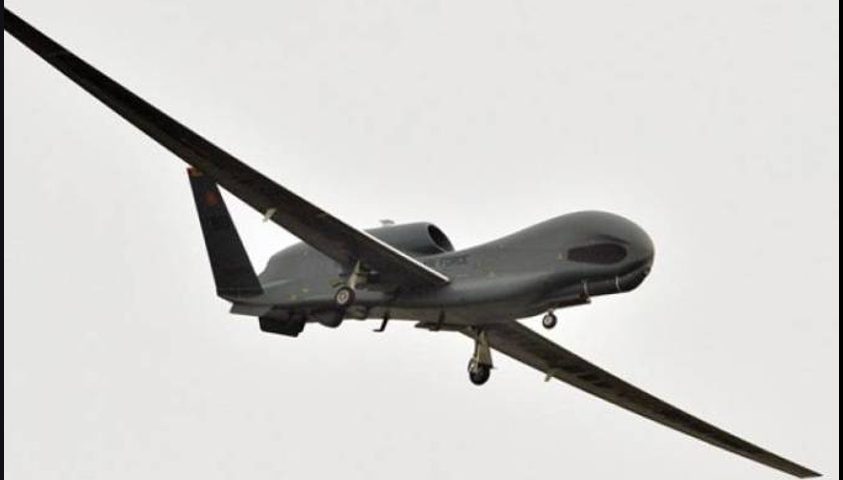 Google’s parent company, Alphabet, made an internal announcement on June 1 stating — as reported by Gizmodo, the New York Times and the Wall Street Journal — that the company would not be renewing its contract with the Pentagon in 2019 for its work on the Algorithmic Warfare Cross-Functional Team.

Also known as Project Maven,  the AWCFT utilizes artificial intelligence to automate aspects of target selection for the U.S. fleet of remotely piloted aircraft (RPA), more commonly known as drones. Coverage had been relatively sparse on how the tech giant was following in the footsteps of other big transnational corporations and assuming this major role in the U.S. military-industrial complex. However, the corporate press all ran stories on Google’s decision not to renew and acknowledged that the company was responding to what has been described as sustained “employee backlash.”

What happens when we stop thinking of people as employees and start talking about them as workers?  What’s the significance of Project Maven and how does it fit into the broader struggle against U.S. imperialism at a time when anti-war movements are small?

Tech is an industry infamously devoid of organized labor. Google “employees” enjoy a benefit package that is relatively generous. They are white collar, comfortable and in many ways far removed from the militant, worker-led union movement that once existed in the now depleted U.S. manufacturing sector.

Yet worker power exists at the point of production. Whether production centers around material commodities or intellectual properties, the fundamental relationship of workers to the means of production remains intact. The worker backlash at Google can also be viewed essentially as a conflict between workers and management that, if unresolved, could have led to a disruption in the flow of business.

After the disclosure of Google’s involvement with Project Maven in a March internal memo, more than 4,600 of its workers signed a petition demanding the company terminate its contract with the Pentagon. The petition stated simply, “We believe Google should not be in the business of war.” In addition to the petition, at least 13 workers resigned in open protest and more than 700 workers joined an online group called “Maven Conscientious Objectors” to strategize forms of resistance that would apply pressure to the company.

According to emails leaked to the New York Times and reviewed on June 1, one of the engineers who resigned had proposed a boycott and a public rally at an upcoming Google Cloud conference scheduled for July at the Moscone Center in San Francisco. It was to be titled “Occupy Moscone,” an obvious reference to the Occupy Wall Street movement that spread across the globe in 2011.

The decision by Google to yield to worker demands is both a victory for worker power and a blow to the future stability of the U.S. military-industrial complex and its war agenda.

It’s another sign of the emerging workers’ consciousness reflected in the recent wave of teachers’ strikes in West Virginia, Oklahoma, Kentucky, Arizona and Colorado. While there is nothing to suggest that workers at Google are about to unionize, their action has significance beyond the immediate display of worker power.

Recent civil unrest has resulted in some of the largest protests in U.S. history, rallying around women’s rights, gun violence, racist police brutality and the brutal criminalization of the undocumented. What’s even more promising is that many people are making connections between these issues and the capitalist system.

However, this growing movement has been relatively silent on the fact that the U.S. is in its second decade of an unending “War on Terror,” conducting drone strikes in Iraq, Afghanistan, Libya, Syria, Yemen and Pakistan.

The Bush administration’s ground offensives in Afghanistan and Iraq are by and large discussed in the corporate media as a “failure.” However, the Obama administration’s pivot toward “unmanned” offensives succeeded in convincing many people in the U.S. that they no longer have to worry about their family and friends fighting in far-off lands.

While much attention is paid to Trump’s heightened repression at home, little is said about his escalation of bombing campaigns abroad. The increased dependence on drones represents a fundamental shift in the social relationship between the mechanisms of war and the public, further removing people from a process already completely lacking in humanity.

Attempts to harness artificial intelligence are clearly related to the ongoing struggles the U.S. military has faced regarding the extraordinarily high attrition rates for drone pilots. According to a 2015 article from the website TomDispatch, the Air Force’s 12-month RPA training program graduates around 180 pilots a year. In that same amount of time, an average 240 RPA pilots resign, largely because the drone program is consistently understaffed, leading to increased levels of burnout and post-traumatic stress disorder. So despite Google’s withdrawal, Project Maven will continue.

As long as wealth accumulation remains the guiding principle of U.S. foreign policy and military spending accounts for the majority of the federal budget, the state will do whatever it can to justify the flow of public money into private hands.  This move by Google workers represents the articulation of a potential anti-war movement. Considering that other U.S. tech giants such as Microsoft and Amazon have extensive contracts with the Department of Defense, it opens up a previously unexplored point of pressure against the U.S. war machine.