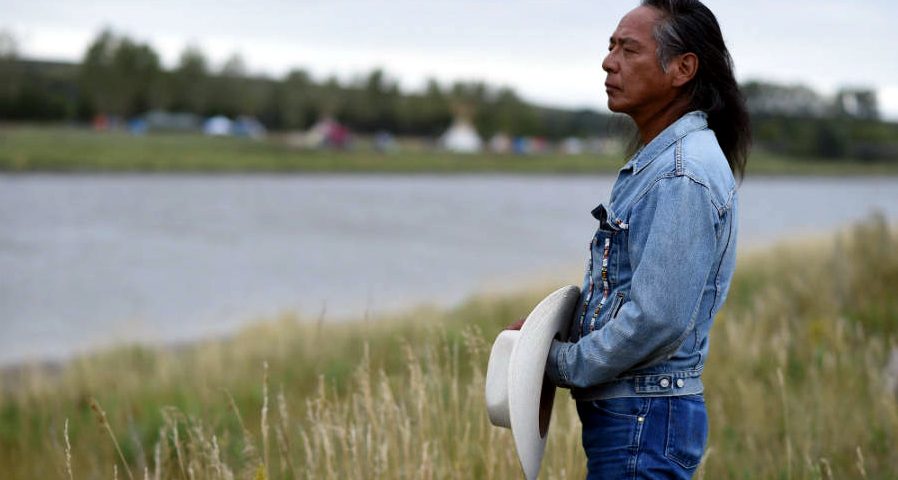 The Standing Rock Tribe argues in a report that thousands of barrels of oil a day could leak into the Missouri River and not be detected by the company’s equipment.

by Phil McKenna, originally published on Inside Climate News

Nine months after oil starting flowing through the Dakota Access pipeline, the Standing Rock Sioux Tribe continues to fight the controversial project, which passes under the Missouri River just upstream from their water supply.

In a 313-page report submitted to the U.S. Army Corps of Engineers, the tribe challenged the adequacy of leak detection technology used by pipeline company Energy Transfer Partners. The tribe also questioned the company’s worst-case spill estimate and faulted Energy Transfer Partners for failing to provide a detailed emergency response plan to the tribe showing how the company would respond to an oil spill.

“We wanted to show how and what we are still fighting here,” said Doug Crow Ghost, water resources director for the Standing Rock Tribe. “It’s an ominous threat every day that we live with on Standing Rock, not even knowing if the pipeline is leaking.”

The leak detection system used by Energy Transfer Partners can’t detect leaks that are less than 2 percent of the full pipeline flow rate, according to the report prepared by the tribe and outside experts. Assuming a flow rate of 600,000 barrels of crude oil per day, a leak of nearly 12,000 barrels per day could go undetected.

“Right now, there are 18 inches of ice over the Missouri River, and we can’t sample the water to look for hydrocarbons,” Crow Ghost said. “We’re sitting blind.”

‘Minutes, If Not Seconds’

Standing Rock Chairman Mike Faith questioned the worst case scenario of a spill as outlined by the company in its permit application.

“ETP estimates that 12,500 barrels of oil would be the worst case scenario, but that is based on a nine-minute shutdown time,” Faith said in a statement. “By looking at prior spills, we know that the true shutdown time is hours, and can even take days.”

Crow Ghost said the Tribe has yet to receive a final, unredacted copy of Energy Transfer Partners’ emergency response plan for the Missouri River crossing from either the company or the Army Corps of Engineers.

“They have failed to send us any adequate documentation to help us prepare for when the pipeline breaks underneath the Missouri River,” Crow Ghost said.  “We are minutes, if not seconds, south of where the pipeline is.”

Energy Transfer Partners and the Army Corps did not respond to requests for comment.

In June, U.S. District Judge James Boasberg ordered the Army Corps to reassess its July 2016 permit for the pipeline to cross beneath the Missouri River half a mile upstream of the Standing Rock reservation and determine whether or not a more complete environmental assessment was needed.

The tribe’s report, submitted to the Army Corps on Feb. 21, offers the tribe’s perspective on why the current permit is insufficient. Army Corps officials have previously said they plan to complete their reassessment of the permit by April 2. While it is unlikely that the Corps will rescind its permit or call for a more complete environmental assessment, Standing Rock and other tribes could challenge the Corps’ reassessment in court.

The week he took office, President Donald Trump ordered the Corps to approve and expedite the pipeline “to the extent permitted by law.”