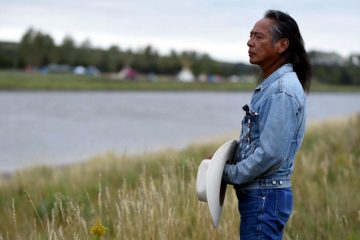 The Standing Rock Tribe argues in a report that thousands of barrels of oil a day could leak into the Missouri River and not be detected by the company’s equipment. by Phil McKenna, originally published on Inside Climate News Nine months after oil starting flowing through the Dakota Access pipeline, the Standing Rock Sioux Tribe continues to fight the controversial[…]