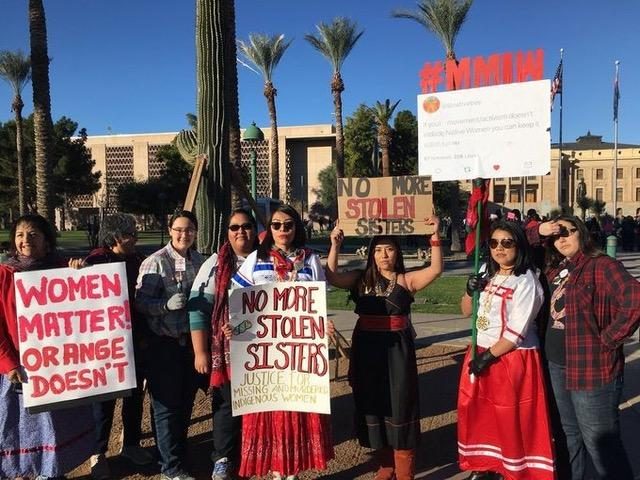 Once again women hit the streets on Jan. 20 and 21. The U.S. marches were decentralized in nature but the turnout was high. They reflected the burning anger and determination to resist that many women feel under the looming shadow of President Trump. Last year, the marches took place on the first day of his presidency, and the focus was on Washington D.C. This year, women did not do much traveling but generally marched in nearby cities and small towns around the country.

From 1.6 million to 2.5 million marched throughout the United States, according to researchers Erica Chenoweth and Jeremy Pressman. Close to 500 separate events took place in the U.S., with 200 other events worldwide. In many cities, the turnout was higher than a year ago. Some 300,000 marched in Chicago, 200,000 in New York, and over half a million in Los Angeles. There were around 60,000 in San Francisco, about the same number in Philadelphia, and slightly less in Oakland, while tens of thousands marched in Washington, D.C.

But as impressive as the numbers in major cities were all the homemade signs expressing the anger and creativity of the women and children in marches in communities large and small. The predominant themes were anti-Trump resistance and persistence.

The lead organizers for last year’s Women’s March hoped to be able to influence the independent marches this year with their proposed themes of “March to the Polls” (i.e., Chicago and Washington) and “Power To The Polls” (i.e., Las Vegas) as a way to impose supporting Democrats in 2018. On their website they stated, “This will harness the collective energy to advocate for policies and candidates that reflect our values.”

Undoubtedly, the organizers thought their slogan would catch on, and women would participate with t-shirts, banners, and mass-produced signs proclaiming they were simply marching to the Democratic Party’s drumbeat. But while some signs referred to the power of voting, and in some areas elected officials spoke, the marches were filled with young women who were angry at the system and wanted to “Smash Patriarchy.” They also addressed DACA and immigration, challenged sexual violence and racism, and supported LGBTQ rights. These issues were also reflected in signs and chants.

Carole Metellus, an activist in Philadelphia, told WHYY radio that she showed up in support of immigrant communities. “As a Haitian-American, I have to be here to protest what the White House is saying about us and our ‘shithole’ countries,” she said. “It was important to raise my voice in solidarity.”

Speaking from the stage in Los Angeles, African American actress Viola Davis reviewed the history of legal Jim Crow in the United States, and paraphrased Martin Luther King in saying, “I’m not willing to wait 150 years for things to change.” As one who was sexually assaulted in childhood, she said, “I am in solidarity with all the women who raised their hands [in the #MeToo movement]. … I am speaking for all the women who are still in silence.”

In Chicago, a young woman marcher interviewed by CNN also spoke to the issue of sexual harassment: “I think it’s hard sometimes for our generation to comprehend the serious of the cases, not just in Hollywood but everywhere. But I think it is important for our generation to understand that we cannot be okay with this anymore, and we need to finally stand up and change the views of what is right and what we will tolerate.”

In the Northwest and the Southwest, Indigenous women had contingents marching and in some cases leading the Women’s Marches. It started in Phoenix, where they had been organizing since October around “Honoring Indigenous Women Leading The Women’s March.”

They wanted to focus on the missing and murdered indigenous women in their communities. More than 4 in 5 Native American women have experienced violence in their lifetime, with over 90% experiencing violence at the hands of a non-tribal member, according to the National Institute of Justice Research Report in 2010.  These cases have mostly been ignored. The Centers For Disease Control And Prevention state that in 2016 the third-leading cause of death for Native American and Alaskan American females, ages 10-14, is murder.

Participants were asked to wear red to honor the murdered and missing. Indigenous women led the march of 20,000 in Phoenix. There were five other marches in Arizona, with 1500 in Prescott and hundreds in Sedona and in Flagstaff.

Native American women also marched throughout the sparsely populated towns in Washington State, where tribal lands are located, and they joined with non-Native women in cities named after their tribes. In Yakima they expected about a hundred marchers and 1000 turned out. Wenatchee saw marches of 1600, and 6000 marched in Spokane.

This year showed that the uprising of women with the election of Donald Trump has continued and remains strong even in the smallest communities in the country. The Democratic Party will continue to attempt to “harness” the movement and drive it into electing their candidates. They will try to bring women into a political system that has no answers for institutionalized sexism and racism.

At the same time that women were pouring into the streets all over the country, the Democrats were betraying the Dreamers and looking for compromises. Anyone who turned on the television or was watching video of the news on Jan. 20 saw a split screen, with hundreds of thousands of women in the streets on one side and politicians on the other. The choice could not have been clearer.