11/26/2020  Glenn  Greenwald recently quit the Intercept, a news outlet which he founded.  He quit in protest because they refused to print an article he wrote that was critical of Joe Biden. It appears that censorship is becoming the norm for the US media and on social media platforms. Greenwald, who now publishes his own blog at https://greenwald.substack.com/, wrote that a recent article in the New York Times demanded that Facebook, Twitter and Google, change their algorithms so that “ ‘hyper partisan pages’ [be] repressed in favor of promoting ‘a spike in visibility for big, mainstream publishers like CNN, The New York Times and NPR.’” That is, they want to censor us in favor of these wealthy outlets that already have a tremendous advantage and are already streamed into households throughout the country. They want to repress our voices in favor of theirs. This is the new censorship. 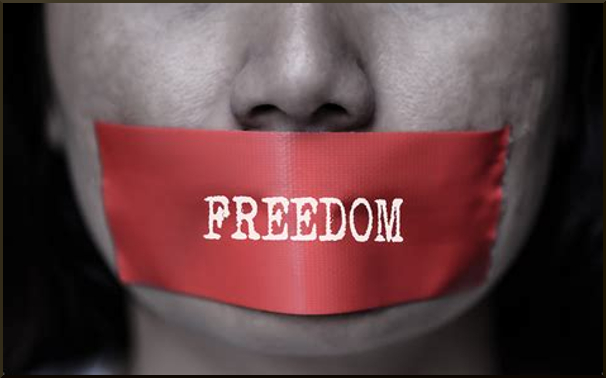 We in the antiwar movement have an important stake in the struggle to protect and extend freedom of speech. As the town squares, where our movement once soapboxed our message to all who would listen, have disappeared into privately owned malls and as privately owned social media platforms have started dominating over all other media, we are seeing the privatization of freedom of speech. Twitter, Facebook, Google, YouTube, Amazon and others make corporate decisions on which posts are valid and which are not.

A recent book, which several UNAC administrative committee members have articles in called, ““Capitalism on a Ventilator: The Impact of COVID-19 in China & the U.S.” which compares the responses to this terrible pandemic by the two countries has been banned by Amazon. More and more outlets that were once available to progress and antiwar voices are no longer available.

The activity of progressive voices has been curtailed by the corporate leaders of these social media platforms. Every day, more Twitter and Facebook accounts are frozen, closed and sanctioned for presenting political materials that their censors do not want to see. The FBI is taking down websites that contradict the government story and Google has dropped progressive search results off their lists. Recently YouTube stop a webinar on Palestine that was in progress. If we are to get our message out and counter government propaganda, we must continually fight for our democratic rights and freedom of speech and assembly.

The United States has been a leader in attacking freedom of speech and democratic rights. Demonstrations have been physically attacked by police and federal agents. Permits have often been refused for protests or granted for great distances from the targets of the protests.   In response to US demands, Julian Assange is being held and tortured in a British prison, awaiting a predetermined extradition to the United States. He faces a lifetime in prison for telling the truth, along with Chelsea Manning in exposing US war crimes. Edward Snowden, who exposed the fact that US spy agencies spy on the phones and computers of every single person in the US has had to flee to Russia where he has been granted refuge.

All those who support freedom of speech and democratic rights must come together in a movement to protect those under attack and demand the voices of the people be heard.

No to Censorship!
Allow voices of dissent on social media!
Free Julian Assange!
End the Attacks on Edward Snowden!
Stop Attacks on demonstrations!