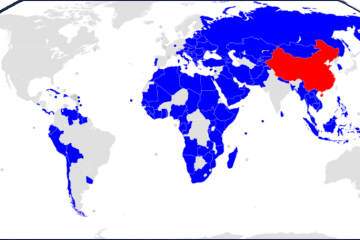 by Peter Koenig, published on Countercurrents, November 3, 2019 The west has colonized, exploited, ravaged and assassinated the people of the Global South for hundreds of years. Up to the mid-20th Century Europe has occupied Africa, and large parts of Asia. In Latin America, though much of the sub-Continent was “freed” from Spain and Portugal in the 19th Century –[…]