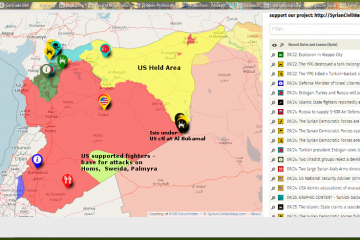 Featured Image from SyrianCivilWarMap.com Washington’s Long War on Syria Isn’t About to End: On the Contrary, the White House Has Blessed Pentagon Plans for More Aggression By Stephen Gowans, from Whats Left, September 10, 2018 The United States has a new strategy for Syria, according to The Washington Post and The Wall Street Journal. The new direction, however, is simply[…]