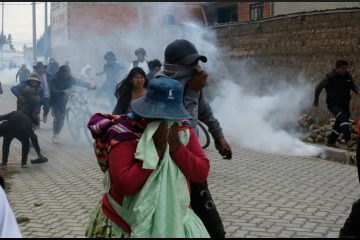 by Alan McLeod, published on MintPress News, December 16, 2019 It has been barely one month since the administration of Jeanine Añez seized power in a military coup in Bolivia, but it has wasted no time in attempting to transform the economy and society. Its latest move is aimed at privatizing the country’s economy. A government spokesperson confirmed the fears[…]