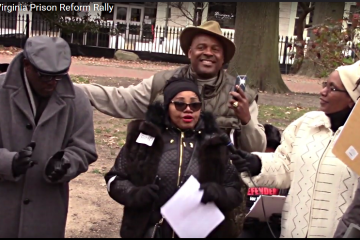 by Phil Wilayto, The Virginia Defender, January 2019 Braving temperatures just above freezing and dire forecasts of a life-threatening winter storm, more than 200 people rallied Jan. 12 at the Virginia State Capitol to demand justice for the state’s prisoners and changes in its criminal justice system. It was the second year in a row that the prisoner-led Virginia Prison[…]

END_OF_DOCUMENT_TOKEN_TO_BE_REPLACED 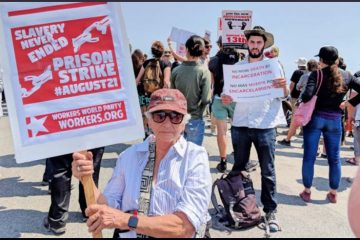 by Terri Kay, originally published on Workers World, August 28, 2018 Prisoners across the country are striking in response to an April 15 prison-guard-incited riot at Lee Correctional Institution, a maximum-security prison in Bishopville, S.C. Seven prisoners were killed in what was the deadliest prison riot in 25 years. A network of self-taught legal scholars called Jailhouse Lawyers Speak issued[…]