by Jemima Pierre, published on Black Agenda Report, April 27, 2022 In the wake of the expulsion of the Organization of the American States from Nicaragua, we need to revisit one of its major crime scenes: Haiti. On April 24, 2022, Nicaragua’s Sandinista government officially booted the Organization of American States (OAS) out of their country. Foreign minister Denis Moncada[…]

END_OF_DOCUMENT_TOKEN_TO_BE_REPLACED by Margaret Kimberley, published on Black Agenda Report, February 9, 2022 The mass incarceration state was built to lock up as many Black people as possible and discussion of even modest reforms is shut down. Such was the case in New York where the mayor and police commissioner smeared Manhattan’s district attorney, forcing him to backtrack on his campaign promise[…]

END_OF_DOCUMENT_TOKEN_TO_BE_REPLACED 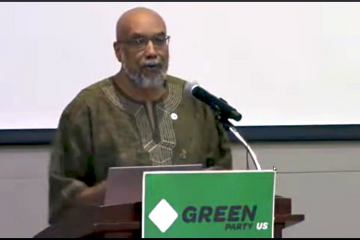 by Ajamu Baraka From the afternoon Plenary at the Annual Green Party Meeting Ajamu Baraka presents an insightful analysis of, not only the Green Party, but activism in the United States.   He looks at what we need to do to be more effective in organizing for a better future.

END_OF_DOCUMENT_TOKEN_TO_BE_REPLACED 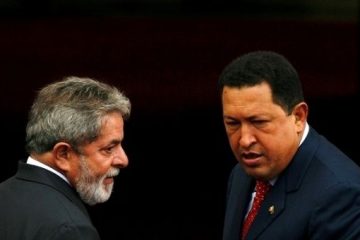