by G. Dunkel, published on Workers World, June 22, 2022 Haiti is in a process of collapse in its ability to function as a country on a daily basis. Half of its people don’t have access to clean water and have trouble finding enough food to feed themselves and their families. Social services — education, roads, public health care in[…]

END_OF_DOCUMENT_TOKEN_TO_BE_REPLACED By Pat Chin published on Workers World, May 30, 2022 This slightly edited article first appeared in Workers World on July 17, 2003. The Republic of Haiti will mark the 200th anniversary of its independence on Jan. 1, 2004. Preparations for celebrating the bicentennial are being made against the backdrop of a deepening economic crisis in that oppressed country, exacerbated[…]

END_OF_DOCUMENT_TOKEN_TO_BE_REPLACED 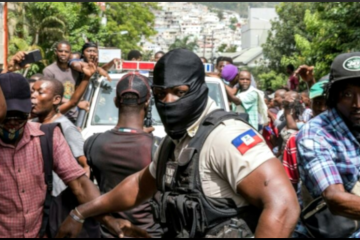 by G. Dunkel, published on Workers World, July 19, 2021 Haitian authorities have arrested Colombian mercenaries and Haitian-Americans and charged them with participating in the July 7 assassination of Haitian President Jovenel Moïse. But murky questions still remain: Who organized the attempted coup? Who paid the mercenaries? Who will benefit? Moïse was the only person killed in the attack, although[…]

END_OF_DOCUMENT_TOKEN_TO_BE_REPLACED 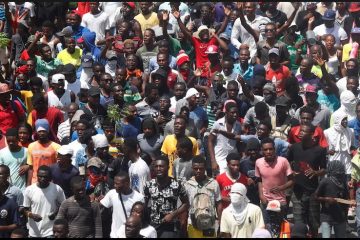 United National Antiwar Coalition Statement The assassination of Haitian president Jovenel Moise is yet another tragic event for the people of that country. His death only creates new traumas for Haiti. Moise was the latest United States installed puppet, whose administration continued in defiance of Haiti’s constitution which in fact required him to step down in February 2021. Haitians in[…]

END_OF_DOCUMENT_TOKEN_TO_BE_REPLACED 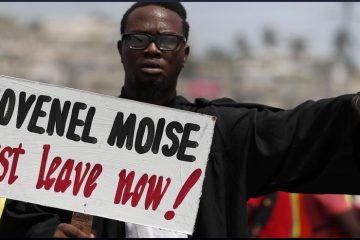 by Jemima Pierre, published on Black Agenda Report, January 17, 2021 The horror story in Haiti since 2004 is not really about despotic Black government, but is the consequence and crime of global white rule. “Moïse is the product of a broader system blocking Haiti’s democratic path and sovereignty, a system that is built and maintained by the white rulers[…]

END_OF_DOCUMENT_TOKEN_TO_BE_REPLACED

Big brother is watching. That is how "democracy" works. #FreeJulianAssange #FreedomOfSpeech

This was such a nice way to get woken up this morning. 4 cops banging on my door.