by Sarmad Ishfaq, published on Mondoweiss, January 12, 2022 If one has followed objective reporting on the animosity-filled skirmishes between Palestine and Israel, it becomes clear that the Palestinians have suffered far more in terms of human losses and otherwise in relation to the Israelis. Although there might be several explanations for this reality, the primary reason undoubtedly is the[…]

END_OF_DOCUMENT_TOKEN_TO_BE_REPLACED 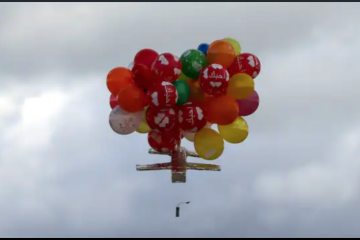 By Alison Weir, published on Israel-Palestine News, June 28, 2021 Thank you Alison for this wonderful research piece.  The effect of all these graphics is visceral.  If you already have the feeling, maybe you know someone to share this with.  Whenever you see a screenshot from a video,  the video is in the original publication.  [jb] In the recent “Israel-Hamas[…]

END_OF_DOCUMENT_TOKEN_TO_BE_REPLACED 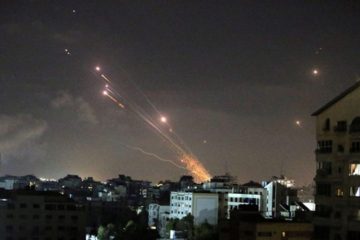 by Sara Flounders, published on Workers World, May 18, 2021 The Israeli Zionists are attempting to monitor and control every movement of the Palestinian people on land and sea, including access to air, food and water. But Zionism and U.S. imperialism are finding that they are not all powerful. Those days are long gone. The area of Gaza in Palestine[…]

END_OF_DOCUMENT_TOKEN_TO_BE_REPLACED 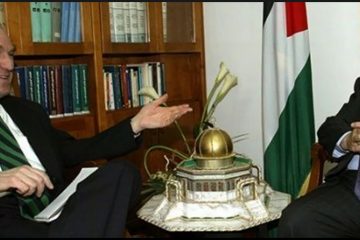 Elliott Abrams meets with the Palestinian Prime Minister Ahmed Qurie in Abu Dis near West Bank on Aug. 5, 2004. | Photo: Reuters Published in TeleSUR English, March 30, 2019 Elliott Abrams, the convicted war criminal behind many U.S. interventionist policies, was also behind the coup against a democratically elected Hamas in Palestine in 2007. On March 30, 1976, thousands[…]

END_OF_DOCUMENT_TOKEN_TO_BE_REPLACED 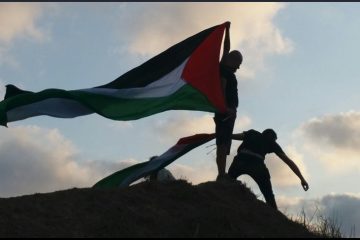 On Friday, 24th of August, Return demonstrated from the Eastern side of the Gaza fence in solidarity with the weekly Great March of Return in Gaza, which took place for the 22nd Friday in a row. Return activists were quickly forcibly removed from the area, but got to a hill where they waved multiple Palestinian flags and were seen by[…]

END_OF_DOCUMENT_TOKEN_TO_BE_REPLACED 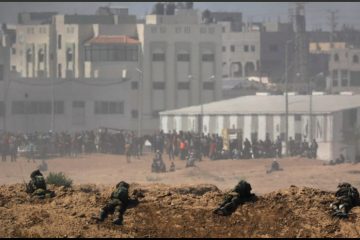 Gaza Strip – May 15 – Israeli Soldiers are shooting civilians in their legs. But they have killed many. Others are in critical condition. Hospitals are swamped with over 3,000 patients. Gaza Strip – May 15, Reuters by Aida Winfred, originally published on Mondoweiss A BBC report published July 20, 2018 accepts the framing of killing of Palestinian civilians as a “defense[…]

END_OF_DOCUMENT_TOKEN_TO_BE_REPLACED 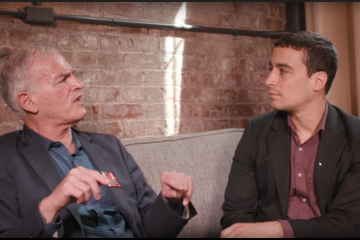 Editor’s Note: In 2009, the first Conference of the United National Antiwar Coalition accomplished one very major goal.   Palestine was, for the first time, given the full support of our broad spectrum of member organizations.   Now, 9 years later, the people of Palestine continue to be oppressed beyond imagination.       The world continues to allow these atrocities, and even to support[…]