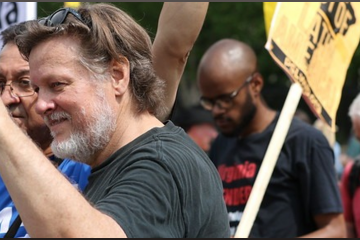 by Margaret Flowers, published on Popular Resistance, September 13, 2020 As I wrote last week, Kevin Zeese died unexpectedly in his sleep, likely from a heart attack, early in the morning on September 6. He had not shown signs of illness and was working until the end. Many of you know Kevin from Popular Resistance, from his writing and podcast[…]

END_OF_DOCUMENT_TOKEN_TO_BE_REPLACED 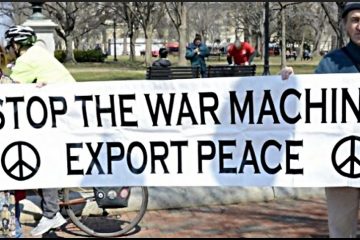 by Lauren Smith, published on Popular Resistance, July 14, 2020 Knowing that without truth there can be no justice and without justice, there can be no peace, the Green Party Action Committee (GPAX) endorsed a trailblazing world peace platform on July 6 that aggressively fights back against the militaristic corporate hijacking of the United States’ domestic and foreign policy, and its[…]

END_OF_DOCUMENT_TOKEN_TO_BE_REPLACED 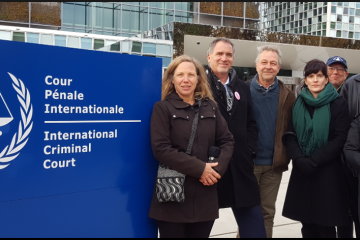 END_OF_DOCUMENT_TOKEN_TO_BE_REPLACED

Your Tax Dollars at Work: Civilian Casualties of Coalition Airstrike Near Village of Duaij, Syria, Nov. 11, 2017 by Rich Whitney, originally published on Medium, Jan 27, 2018 On January 13, 2018, warplanes for the U.S.-led Coalition in Syria, fired missiles on Hajin city, in the eastern suburbs of Deir Ez-Zour of that devastated country, killing five civilians. According to the[…]