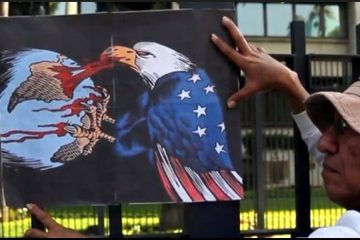 by Jeff Mackler and Lazaro Monteverde, published on Popular Resistance, November 26. 2019 On Sunday, October 20 Evo Morales was re-elected president of Bolivia with 46.85 percent of the vote against his nearest competitor, Carlos Mesa, who received 36.74 percent. In anticipation of a Morales victory, the U.S. corporate media launched a fake news disinformation barrage nine days earlier aimed[…]