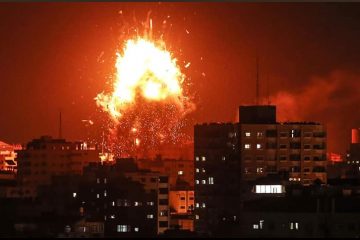 Bombs are once again falling on Gaza, the largest open air prison in the world, packed with civilians.   The Popular Front for the Liberation of Palestine calls in an urgent action for the friends of Palestine, movements for justice and liberation and the Palestinian and Arab communities everywhere in the world to stand with Gaza under attack at this critical[…]

END_OF_DOCUMENT_TOKEN_TO_BE_REPLACED 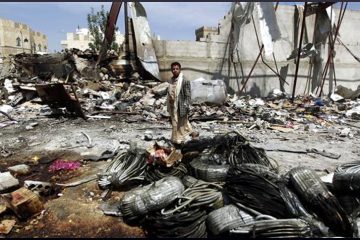 A Yemeni man walks amid the rubble of a food storage warehouse after it was targeted by Saudi airstrikes in the capital, Sana’a, on October 26, 2015. (AFP photo) 1,200+ Days of War & Bloodshed in Yemen Imperialists and Saudi Arabia Hands Off Yemen! by Azza Rojbi, originally published on Fire This Time After a Saudi airstrike hit a water[…]