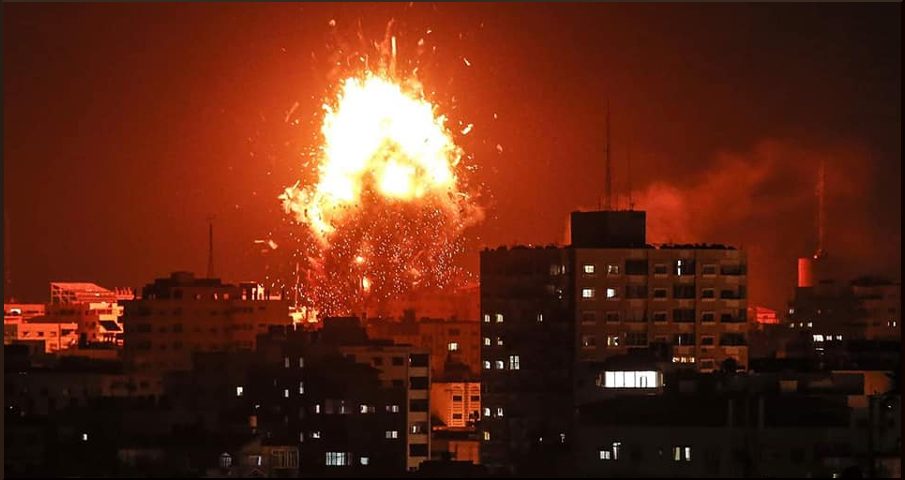 Bombs are once again falling on Gaza, the largest open air prison in the world, packed with civilians.

The Popular Front for the Liberation of Palestine calls in an urgent action for the friends of Palestine, movements for justice and liberation and the Palestinian and Arab communities everywhere in the world to stand with Gaza under attack at this critical moment. We issue this call in honor and mourning for our two heroic comrades, Mohammed al-Tatari and Mohammed Odeh, martyred today by Zionist occupation forces who attacked them as they fought for the freedom of their land, Palestine, and all of its people.

This murder at the hands of the colonial forces comes after an attack yesterday, in which Zionist forces sought to invade the Gaza Strip in an undercover operation to kidnap or assassinate leaders of the Palestinian resistance. They killed 7 Palestinians who died fighting to defend their land – but the Palestinian resistance did not let them get away with their crime. The resistance has held fast, fighting heroically against one of the most heavily armed powers in the world and striking powerful blows against the assassins and murderers.

Tonight, the bombs are once again striking Gaza. Zionist forces are shelling and bombing television stations and universities, and they are threatening to begin once more attacking hospitals. This comes as the latest vicious military assault directed against Palestinians in Gaza, after the wars of 2009, 2012 and 2014 and countless bombing raids and assassinations, amid 11 years of a brutal and relentless siege.

This attack is an attempt to suppress the achievements of the Great March of Return, in which thousands of Palestinians in Gaza have demanded their fundamental right to return and to break the siege. Against this popular movement, the Zionist forces have unleashed their snipers, taking the lives of over 200 Palestinian demonstrators. Despite all of these assaults, the Palestinian people of Gaza remain committed to the resistance, refuse to relinquish their defenders and are steadfast in the struggle for return and liberation.

Palestinians in Gaza are not alone! And they must not be left alone. This attack is not only carried out by the Israeli occupation alone, but by the imperialist powers like the United States, France and Britain that arm and support the settler colonial racist state to the hilt. The reactionary Arab regimes that plot how to dismantle Palestinian rights and existence while raining destruction and death on Yemen are also complicit in this onslaught.

The Popular Front for the Liberation of Palestine