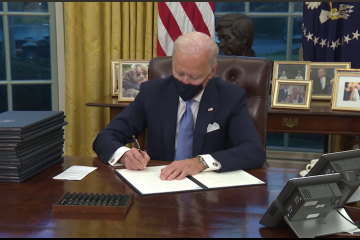 Statement from Chicago Antiwar Coalition, February 15, 2021 Biden has been very active in his opening days in office. To assess this and his general political stand, the Chicago Anti-War Coalition has published a Statement on his nominations and appointments to Cabinet and other positions. And CAWC has published its analysis of Biden’s Inauguration Day speech. The Executive Orders and[…]

END_OF_DOCUMENT_TOKEN_TO_BE_REPLACED 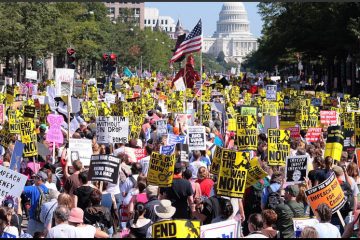 by Margaret Flowers, published on Popular Resistance, February 7, 2021 On Saturday, members of the administrative committee of the United National Antiwar Coalition (UNAC), on which I serve, spoke on a webinar about the importance of building and strengthening the antiwar, anti-imperialist movement during Biden’s presidency. UNAC was founded during the summer of 2010 as it became clear that the[…]

END_OF_DOCUMENT_TOKEN_TO_BE_REPLACED

Yesterday, an Israeli Apartheid kangaroo court decided the fate of Palestinians in #SheikhJarrah. Declaring them temporary tenants in their own homes.

A Detroit cop was caught on a cell phone video punching a man in the face in Greektown. Story coming to ⁦@metrotimes⁩

Don't submit to imperial abuse. The future is yours for the taking. on Stop the Wars At Home and Abroad: https://unac.notowar.net/2021/08/02/in-nobodys-backyard-rejecting-geo-political-and-historical-fatalism

Daniel Hale tells us what we need to know and shares his pain with the government hot on his heels on Stop the Wars At Home and Abroad: https://unac.notowar.net/2021/07/31/daniel-hale-and-the-soldier-conscripted-as-executioner

Ben And Jerry's decision to stop selling icecream in Israeli settlements and the renewed potential of BDS for Palestineon Stop the Wars At Home and Abroad: https://unac.notowar.net/2021/07/31/the-power-of-ice-cream

Human rights? For the U.S. Congress to go on a six week vacation without extending the eviction moratorium is criminal. And people let these criminals for capitalism twist of up their mouths to talk about respecting human rights.
"#SOStherightohousing

North Korea and the US-Korea Armistice on Stop the Wars At Home and Abroad: https://unac.notowar.net/2021/07/27/remembering-korea-july-27th-isnt-just-another-day

Margaret Kimberley on why we Must Support the Cuban Revolution on Stop the Wars At Home and Abroad: https://unac.notowar.net/2021/07/29/standing-with-the-cuban-people