Presiding over by far the worst COVID-19 outbreak in the world, the Trump administration is making it a key priority to escalate hostilities with its perceived international enemies. Last night President Trump suggested that he might “cut off” all trade with the People’s Republic of China. “Now, if you did, what would happen? You’d save $500 billion,” he told Fox Business, referring to the United States’ trade deficit with the Asian nation. Calling the action “drastic” would be an understatement; China is by far the U.S.’ largest trading partner, sending nearly three-quarters of a trillion dollars of goods and services to America yearly, according to the government’s own figures. And while the U.S. would “save” hundreds of billions of dollars, it would also be completely without Chinese electronics, machinery, toys, textiles, plastics, and food, all of which would be nearly impossible to re-source, especially at such short notice. The president has already imposed sanctions on Beijing and is actively looking to extend them.

Washington’s ire has not been focused on China alone, however. On Wednesday, the State Department released a list of states that it claims are not cooperating fully with U.S. efforts to rid the world of terror. All of the countries on the list – Iran, the Democratic People’s Republic of Korea, Venezuela, Cuba, and Syria – are all currently facing U.S. sanctions, even during a pandemic. Most of them have also been the victims of massive U.S. terror campaigns. CIA agent Luis Posada Carriles, for example, blew up a Cuban airliner in 1976, while the U.S. Navy shot down an Iranian passenger plane in 1989, killing all 290 civilians onboard. Cuba has also been the subject of countless acts of chemical and biological warfare by the superpower to its north. Meanwhile, the U.S. government has supported at least five coup attempts in the previous 18 months in Venezuela, and in January, Trump threatened to carry out a detailed plan of war crimes against Iran. 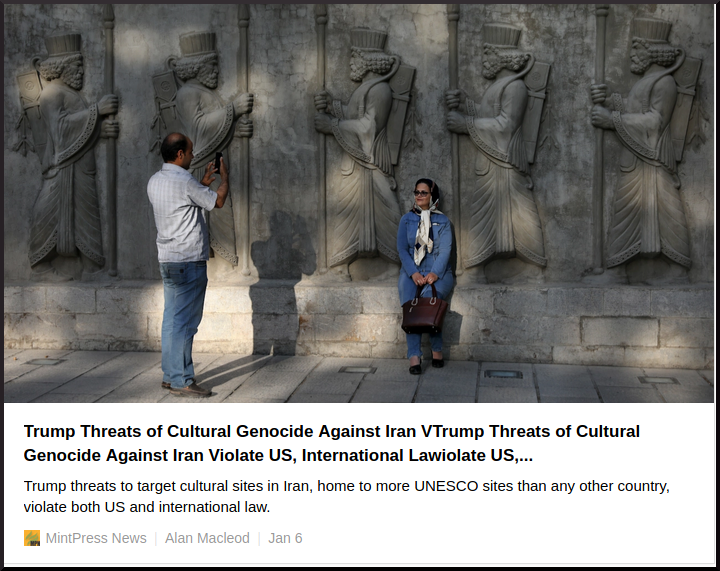 The Trump administration has also used more covert means of regime change. Since 2016, the National Endowment for Democracy, the government’s regime change arm, has spent more than $30 million on activities in Mainland China and Hong Kong, while funding anti-government groups and organizations in North Korea doubled between 2018 and 2019. Among its strategies is to bankroll “news” or “human rights” organizations like the China Digital Times, Daily NK, and NK Watch which more established news organizations use as expert sources for stories on the countries. On Venezuela, the NED virtually never even discloses the organizations it is giving money to.

Sanctions, of course, are an act of war in themselves. United Nations Rapporteur Alfred de Zayas, himself an American, estimated that Trump’s Venezuela sanctions have killed over 100,000 people. “It’s quite clear that these sanctions actually amount to a crime against humanity under Article 7 of the Statute of the International Criminal Court,” he said earlier today. Officially, humanitarian items like medicine are excluded, but in practice, this is not the case, making the humanitarian case for sanctioning America’s enemies a “bad joke” in the words of Phyllis Bennis, a fellow of the Institute for Policy Studies. No country was willing to sell or even donate medical equipment to Iran to deal with the COVID-19 pandemic for fear of Trump reprisals, making the outbreak significantly worse. In the end, the World Health Organization stepped in to supply them, one reason Washington has pulled all funding from the group.

Thus, the Trump administration has decisively chosen war over peace and conflict over cooperation. Yet it appears less able than ever to coerce the world into following its lead. Few countries have lined up behind Trump in demonizing the WHO. Indeed, German Foreign Minister Heiko Mass reconfirmed his country’s commitment to the organization, stating it is one of the best investments Germany makes. Watching the country’s inept response to the virus, the direct impression given is that this is the erratic flailing of a dying empire. “It is almost surreal,” said world-renowned linguist and political philosopher Noam Chomsky on watching Trump’s recent actions, “We have a freak show in Washington…the country is simply run by sociopaths,” he added.

*Featured Image: US President Donald Trump delivers remarks to the news media during a meeting with bankers on COVID-19 Coronavirus response, inside the Cabinet Room at the White House in Washington, DC, March 11, 2020.  Reuters

Alan MacLeod is a MintPress Staff Writer as well as an academic and writer for Fairness and Accuracy in Reporting. His book, Bad News From Venezuela: Twenty Years of Fake News and Misreporting was published in April.