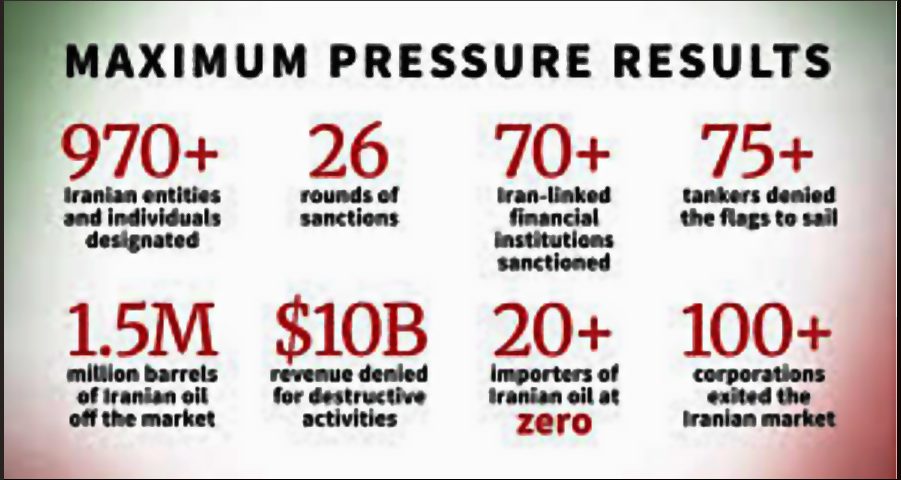 by Sara Flounders, published on Workers World and IAC blogs, May 21, 2019

May 20 — Another U.S. initiated crisis reached an ominous level this past week with President Trump’s announcement that Iran suddenly presented a new, unspecified threat, serious enough to send a U.S. Naval aircraft carrier battle group churning toward the Persian Gulf, along with U.S. B-52 Stratofortress bombers and plans for 120,000 troops to the surrounding region.

No evidence or information was provided regarding the supposed looming threat.

The latest “maximum pressure” threats against Iran follow weeks of military threats and extreme sanctions against Venezuela, an escalating trade war with China, ratcheting up a harsher level of sanctions against Cuba, firing an  intercontinental ballistic missile across People’s Korea and confiscating a Korean freighter.

In an effort to mask the growing capitalist economic instability, Trump’s strategy seems to be lurching from one manufactured crisis to another in order to keep whole regions of the world locked in apprehension, as new demands are raised on them.

Washington suddenly demanded that even such countries as China, Japan and India, who had a temporary U.S. waver on Iranian oil purchases, immediately stop importing any Iranian oil, despite signed contracts, or face U.S. sanctions against their economies.

Imperialist allies of U.S. corporate power sharply cautioned against the latest wild moves. The opposition of these European allies, who are also rivals, was based on the impact that cutting Iranian oil has their own economies.

On May 15, British Major General Chris Ghika, the deputy commander of the U.S.-led coalition fighting the so-called Islamic State group, publicly challenged the wild claims of the Trump-Bolton-Pompeo White House.

“There has been no increased threat from Iranian backed forces in Iraq and Syria,” Ghika told Pentagon reporters. (cnn.com, May 14)

He said it is particularly provocative that the U.S. re-imposed sanctions against Iran after pulling out of the signed agreement with Iran and that it has threatened companies which continue to work with Iran.

The U.S. decision to recall all nonessential personnel from its embassy in the Iraqi capital of Baghdad and a consulate in Iraq’s northern town of Erbil drew an immediate warning from Iraq. Iraqi officials warned the Pentagon that Iraq won’t let Washington use its territory in a war against Iran.

The totally fraudulent claims that Iraq was a threat to the U.S. were the basis for the U.S. invasion and occupation of Iraq.

Even the compliant Gulf State monarchies voiced apprehension. Anwar Gargash, the foreign minister for the United Arab Emirates, said, “I don’t think it’s in anybody’s interest to see a flare up, a confrontation, with Iran.”  (cbsnews.com, May 16)

U.S. Congressional members, usually compliant on U.S. military moves from both Democrats and Republicans, demanded more information. Many raised the disaster of the U.S. invasion and occupation of Iraq and the false information in 2003.

U.S. hostility toward Iran and Pentagon war threats are hardly a new development. They are rooted in the 1979 revolution that overthrew the Shah and the whole corrupt Pahlavi royal family, who were compliant U.S. puppets and enforcers of U.S. corporate interests in the oil-rich region.

The radical demands and mass participation of the Iranian revolution and the use of nationalized oil revenue for development made a dramatic improvement in the standards of health, education, housing and infrastructure in Iran.

After decades of U.S. and Western pressure to halt Iran’s economic development, Iran negotiated and signed an agreement in 2015 to halt its programs to develop nuclear energy. Iran never had nuclear weapons. But just like every industrialized country, Iran needed nuclear energy for industrial and medical use.

The long-term deal on Iran’s nuclear program with a group of world powers — the U.S., Britain, France, China, Russia and Germany — was known as the P5+1 Accord. Five permanent members of the U.N. Security Council, plus Germany, signed the agreement with Iran.

It was hoped that the signature among six powerful nations would bind the U.S. to honor the agreement.

Under the accord, Iran agreed to give access to international inspectors from the International Atomic Energy Agency to any and every site connected to the possible development of nuclear energy.

Under the agreement, Iran’s uranium stockpile of low-enriched uranium was reduced by 98 percent and shipped to Russia.

Iran abided by every clause in this onerous international agreement.

In return the debilitating economic sanctions were to be lifted and Iran was to regain access to $100 billion in frozen funds. The key part of the agreement was that Iran could resume selling oil on international markets and use the global financial system for trade.

Now the U. S. government has violated these key provisions on Iran’s ability to sell its oil. Besides military threats, the U.S. has also attempted to stop Iran from exporting any oil to its customers. These exports are necessary for the Iranian economy.

Just as with U.S. sanctions against Venezuela, Zimbabwe and other countries, the sanctions are collective punishment — outlawed by international law — that hurt the population in general in these countries. Sanctions against Iraq in the 1990s killed 1.5 million people, including half a million children under five years of age.

However, just three years after signing the accord, in May 2018, Trump arrogantly abandoned the long-term, legally binding international agreement. In November 2018 Trump went even further. He reinstated sanctions targeting not only Iran but any country trading with Iran.

This unilateral breach led to a sharp downturn in Iran’s economy. Iranian currency lost 80 percent of its value. The annual inflation rate quadrupled, driving away foreign investors and triggering protests against shortages.

Initially the five other signers opposed the U.S.-imposed sanctions and attempted to set up an alternative payment mechanism aimed at helping international companies trade with Iran without facing U.S. penalties. The latest dire threats of war are an all-out effort by the Trump administration to break up any support for Iran and block any form of exchange.

U.S. imperialism has never honored any of the more than 500 treaties it signed with the Indigenous Nations, many of which were ratified.

Just some of the most recent example of agreements it has pull out of include the forced revision of the NAFTA Free Trade Agreement signed with Mexico and Canada and sabotage of the Paris Agreement on climate change. Its refusal to sign international treaties on human rights, child labor, rights of labor, rights of women and against landmines confirms its lawless status.

But while refusing to abide by any international agreements, U.S. imperialism’s new demand that every country must abide by U.S. laws and participate in strangulation sanctions on Iran, Venezuela, Cuba and Korea is a dangerous new step in its piracy and gangster politics.