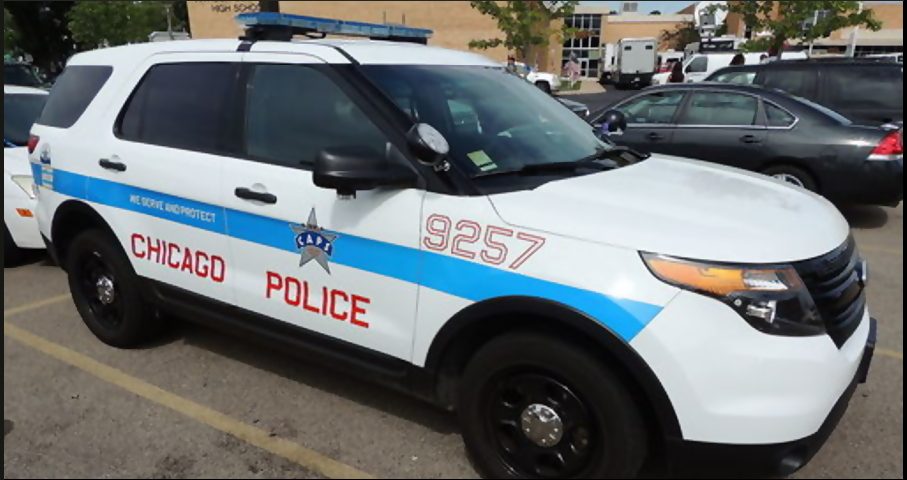 Police here infiltrated the main anti-NATO summit organizing coalition shortly after its 2011 formation, and maintained that infiltration until shortly after the summit ended in May 2012, according to Chicago Police Department documents recently released under a Freedom of Information Act request.

“the Intelligence Division requests approval to initiate a First Amendment Investigation focused on the Coalition Against NATO/G8 War and Poverty Agenda (CANG8) organization…. The investigation will require covert attendance at organizing, informational, educational and fundraising meetings conducted by CANG8 and affiliated organizations…. Infiltration will be required and is subject to a separate report attached to this request.”

Mealer justified the infiltration by saying that the

– even though CANG8 had filed for permits for its protest.

Mealer further claimed that the infiltration was necessary because

“The anti-war protest by the same organizer [Andy Thayer, signer of the 2012 permit application] on March 20, 2003, resulted in actions that resulted in numerous arrests and stresses on city services due to the event.”

The Commander was referring to the 10,000-strong march on Chicago’s Lake Shore Drive at the start of the 2nd U.S. invasion of Iraq. About an hour later Chicago Police kettled the remaining demonstrators and passersby on Chicago Avenue, carrying out the largest mass arrest in the city’s history. All of the charges against the demonstrators and passersby were later dropped in a manner indicative of innocence.

In June 2012 the City settled a class action civil rights suit filed by the 2003 demonstrators for $6.2 million, with an additional $4.8 million in attorneys’ fees and costs going to the demonstrators’ lawyers, most of whom were members of the National Lawyers Guild.

In a second memo to Superintendent McCarthy, also dated January 11, 2012, Mealer noted that

“On two separate occasions Officer [Lynn] Bunch attended publicly advertised open public meetings for CANG8 without invitation by any of the Occupy Chicago individuals or by the CANG8 members…. [He] requests authorization to permit Officer Bunch and any other officer who may be needed to accompany her, to engage in infiltration of CANG8.”

While a January 19, 2012 memo from CPD General Counsel Ralph Price said that Chief Roti, Commander Mealer, Lt DeVries and Price stated that “there is insufficient factual basis for approval” of infiltration, that was only under the very narrow definition of “infiltration” used by the CPD, not in the common understanding of the term –

“An infiltrator is an officer who affirmatively identifies himself as a member or participant in the group or organization…and acts in a manner which participates, influences or directs the organization.”

CPD monthly extensions on the right to spy against CANG8, including “electronic surveillance [and] undercover methods,” continued through the May 2012 NATO conference, and undercover officers apparently continued to attend CANG8 organizing meetings from near the beginning of the organization in August 2011 through to its dissolution shortly after the NATO conference.

During most of 2012 the CANG8 organizers were engaged in stormy negotiations with the CPD over the city’s initial approval, and then rejection of CANG8’s permit applications, ultimately only approving permits a few days before the NATO conference. If CPD spies were reporting back to their superiors about internal CANG8 discussions regarding their negotiations with the police, it would be a flagrant violation of the demonstrators’ 1st Amendment right to assemble.

The FOIA request that prompted the release of the present documents about police spying against CANG8 was filed by a third party. As a former CANG8 organizer and signer of most of the NATO protest permit applications, on Tuesday I filed a broader FOIA to get a fuller picture of police spying on anti-war organizers.

Documents produced under the present FOIA also touch on electronic surveillance of and undercover officer(s) operating within Occupy Chicago in 2011. They note that the same tactics were later authorized against Black Youth Project 100, Workers Center for Racial Justice, Southsiders Organized for Unity and Liberation, and Funders for Justice in their joint protest against the International Association of Police Chiefs conference in 2015. A full set of the documents produced under the present FOIA can be found here.

That Chicago under soon-to-be-former Mayor Rahm Emanuel spied on anti-war activists will come as little surprise to those with a passing knowledge of the city’s history and politics.

Others have previously documented how the Obama administration worked with city governments around the country, including Chicago, to use police to harass the Occupy movement out of existence. And in the run up to the NATO conference, two CPD officers worked to entrap three young, would-be protesters on “terrorism” charges, plying them with alcohol and goading them to say reckless things on tape to “prove” their case.

Finally, it was Emanuel himself who covered for the police murder of 19-year-old Laquan McDonald, in the process becoming the most despised sitting Chicago mayor in living memory. From the infamous Red Squad of the 1960s, to the murders of the Illinois Black Panthers Mark Clark and Fred Hampton in 1969, to the cover-ups of police frame-ups well into the present century, Chicago mayors have a long history of manipulating “law enforcement” to meet their political needs.

With a new mayor, Lori Lightfoot, deeply enmeshed in years of using the city’s bureaucracy to shield cops from charges of wrongdoing, activists in Chicago will have to take it for granted that their legal organizing activities are being spied upon, and perhaps manipulated, to serve interests of the wealthy and powerful who run the city.

Andy Thayer has written previously about the then-impending Supreme Court decisions here and here. He is a co-founder of the Gay Liberation Network in Chicago and can be reached at