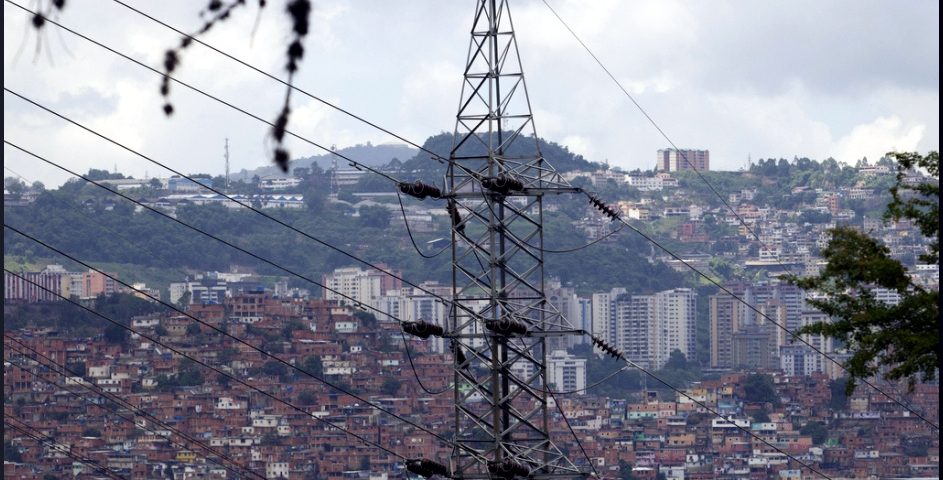 Article published in pagina12.com.ar on March 9. Translation by Michael Otto.

Caracas, Venezuela – At 5 p.m. on March 7, almost all of Venezuela was in the dark. Electricity was out in 22 of the 24 states, provoking shutdowns of numerous telephone communications and much transportation. The first one government report was from Minister of Electricity Motta Domínguez, who denounced the sabotage as an attack on the “generation and transmission unit in Bolívar state, specifically in the Guri, the backbone of the electric power grid.”

Then Minister of Communication Jorge Rodriguez announced that “the goal of this crime was to subject  Venezuela to several days without electricity in order to attack and punish the people.” President Nicolás Maduro, for his part, focused the responsibility on “the electricity war announced and led by U.S. imperialism.”

At night there was total darkness in Caracas aside from some candles, phones with batteries, generators, stars. The streets were left in total solitude.

At dawn on March 8, Vice President Delcy Rodriguez declared a day off from work and school. According to official sources, the attack hit simultaneously about ten generation and distribution facilities in different points of the Guri system, and, along with that, cyber attacks were carried out on the computer system.

The country awoke in uncertainty. In the neighborhoods of Caracas people went out early to look for ways to carry out their responsibility, stopping at neighbors’ homes to talk and to gather whatever news was available, since few people had telephone service to receive messages. The city was quiet, almost all shops were kept closed and Plaza Bolívar, for example, became a meeting point for those seeking information.

U.S. Senator Marco Rubio was one of the first from the [right-wing] opposition to announce the shut-off:

“Maduro’s regime is a disaster,” he tweeted.

Juan Guaidó, for his part, wrote that

“Venezuela is certain that the electric power will return with the end of usurpation [which is what Guaidó calls the legal government].”

“There is no food, no medicine and now there is no electricity. Next, there will be no Maduro.”

The national [right-wing] opposition focused its denunciations on the electricity system, the infrastructure crisis and thefts that they charged were carried out with the complicity of the authorities. They claimed that the national power outage, which lasted more than 20 hours, was the responsibility of the government and its electricity policy.

This is not the first time that there have been electricity cut-offs or attacks on Venezuelan electrical installations — denounced as sabotage by the authorities. On the other hand, it is the first time that an attack of such magnitude and timing has occurred, when the government anticipated that sabotage would take place as part of a political plan to develop the imperialists’ war strategy. This plan involves attacks meant to wear out the population and create a scenario of chaos.

In the early afternoon [of March 8], the authorities began to partially and progressively re-establish the electrical system in different parts of the country and in Caracas. One fear was that the cut would last until the country was again in darkness, which would facilitate operations for violent reactionary groups such as those that began to carry out actions during the week of Jan. 21.

This Saturday (March 9) there will be a mobilization called by the right-wing and another by the government. This is a new test of the balance of forces and of images, in the framework of an unstable stalemate. Opposition initiatives are shrinking since Guaidó’s return last Monday, March 4, which would also explain his risking an act of sabotage against the electrical system. Their agenda beyond Saturday is not known, except for a strike they have called to shut down the public administration in stages. Will they attempt new acts such as the electrical attack?

Yes, Chavismo needs to prevent sabotage. It needs to stabilize the political situation and above all, the economic situation. Chavismo’s main strengths – mobilization, leadership, unity and the Bolivarian National Armed Forces – show no signs of cracking.