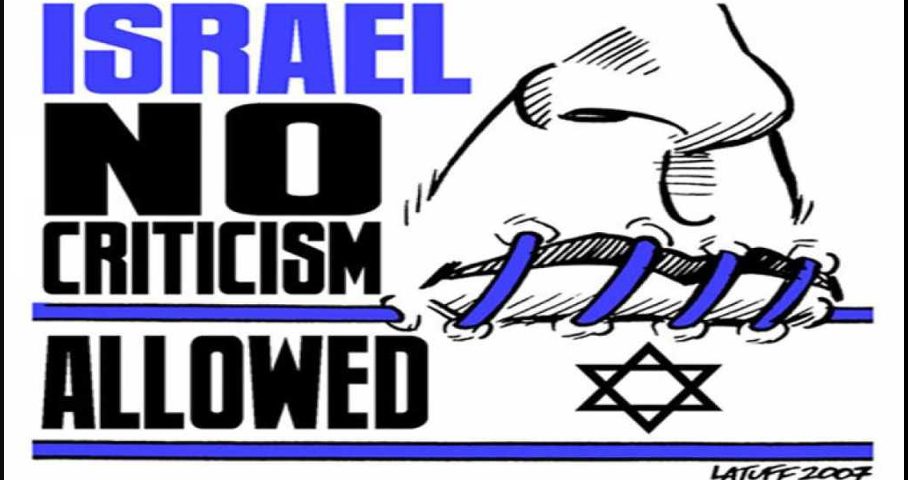 Two events this past week shook the impasse on public discussion of Palestine, Rand Paul’s defiant hold up of the Senate ‘United States-Israel Security Assistance Authorization Act’ and Marc Lamont Hill’s bold UN speech for the world to support Palestinians in their struggle for freedom and human rights.

Paul is a respected senator (R-Ky) and Hill is a tenured professor of media studies and a political commentator. Both are examples of high-profile figures reflecting common American perceptions but receiving harsh backlash for expressing them in ways that could challenge the status quo. 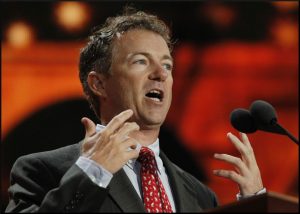 If Rand Paul’s stance to block the largest foreign military aid package in history came as a surprise, that’s probably because the bill in which it was put forth for the Senate to pass largely went unreported in mainstream media. Named in honor of retiring Congresswoman Ilena Ros-Lehtinen, bill number S.2497 serves as a supplement to the 2019 Military Spending bill – passed earlier this year – which promises Israel $5.5 billion over the next ten years. S.2497 seeks to extend an additional $3.3 billion annually over the same period of time, bringing the total military aid package to $38 billion by 2028 – or $7,230 per minute.

The bill authorizes Israel to export arms it receives from the US to other countries – an exception to US law – and requires NASA to work with the Israel Space Agency. It also makes amendments to the 1961 Foreign Assistance Act, which prohibits America from extending military aid to states engaged in clandestine nuclear activity. None of the bill’s contents are in any way conditioned on progress between Palestinians and Israelis at the negotiating table.

In the wake of ‘putting America first’ and tightening the belt on foreign spending, most Americans would find the proportions of this aid package – over one-fifth of America’s entire foreign aid budget – outrageous. This is especially the case when one puts the $38 billion figure in light of the mounting national debt. Famous for asking, “Do you borrow money from China to send it to anyone?” back in 2015, Paul recently expressed this same line of thinking in his opposition to S.2497. The backlash he received from the media and the isolation he faces in the Senate go to show that the commonsensical approach to the national interest is always an exception when it comes to foreign aid to Israel.

Marc Lamont Hill Speech at the UN and Firing from CNN

If Paul was able to put forth an economic case for not enabling the Israeli military against Palestinians, Marc Lamont Hill was able to do so by making a universal appeal to humanity. Speaking at the International Day of Solidarity with the Palestinian People – an annual United Nations event – Hill put the Palestinian struggle in the context of broader ethical, moral, and political implications.

Hill’s twenty-two-minute speech covered the range of legal challenges Palestinian citizens of Israel face as well as the military and economic hardships that continue to be heaped on Palestinians of the West Bank and Gaza. He put Trump’s embassy move to Jerusalem and UNRWA budget cuts in the context of American policy over the last three decades, stressing the difficult point that – rather than an aberration – Trump is a more “transparent and aggressive iteration” of this policy.

Throughout the speech, he addressed the points on many people’s minds – backing them up with data and the weight of international law. Still, very few public figures would dare to convey them in such direct terms. Moreover, he endorsed the Boycott Divestment and Sanctions movement as a non-violent effort to ensure Palestinian human rights. With little surprise, a day after the speech, CNN terminated its contract with him. Most of the criticism pinned blame on Hill – not for his support of BDS – but rather his use of the phrase, a free Palestine, from the river to the sea.

Regarding this statement, Hill posted the following on his Facebook Page:

Let me be very clear. I stand by every argument and critique I made in the UN speech. Today, I expressed sincere regret that the final phrase of that speech may have been taken up in ways that I did not intend. As I also indicated, I stand by my political positions. I have not capitulated, nor have I budged in my critiques. I understand that this may not satisfy some or all of you, but I’m doing my absolute best.

It seems that the Anti-Defamation League (ADL) and other organizations latched on to this rhetorical device as a basis for attributing his speech with a call for the destruction of Israel. This is a classic example of an effort to distract listeners from the germane content of an argument and ensure that the speaker’s voice is marginalized from acceptable public discourse. Hill was surely aware that criticizing Israel’s policies so openly – let alone speaking at the UN event – might cost him in terms of his career. But perhaps as a man of principle, he understood that the moment was too precious for insincerity. Indeed, he set a daring precedent for the newest generation of public figures.

In many ways, the past week’s episodes concerning the issue of Palestine-Israel are a story of double standards. Among the sharpest points Hill made was the double standard that observers of the Palestinian struggle know all to well: “For every minute that the global community has articulated a clear and lucid framework for human rights, the Palestinian people have been deprived of the most fundamental of them.” Hill being fired from CNN as a result also shows the limitations of freedom of speech – a most inviolable American value – when it comes to speaking out against Israel’s actions.

And as Rand Paul’s bold interruption of business as usual on Capitol Hill highlighted, if America wants to cut foreign spending – including to Palestinian refugees – then how can it justify giving away $38 billion over the next ten years with no tangible returns? It’s these double standards revolving around the issue of Palestine-Israel that deeply hurt America’s image abroad and tarnish its credibility when it seeks to promote its values at home.