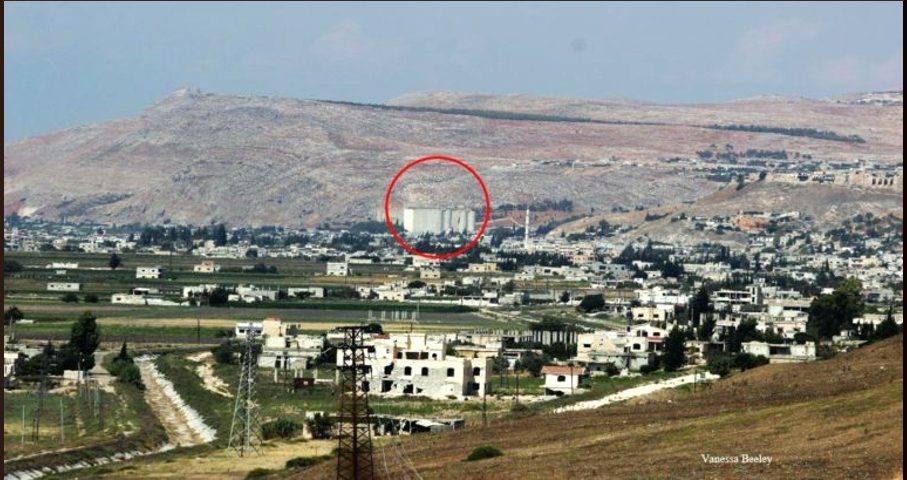 Editor:  This article was written in August, but the White Helmets just recently arrived in Canada. 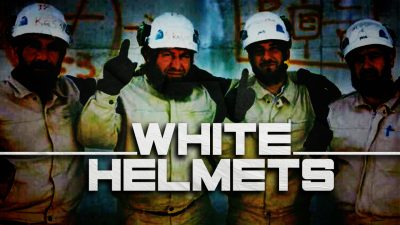 America’s media’s propaganda is designed to not only affect the USA, but also most of America’s allies, including Canada. A recent prime example is how Syria’s White Helmets have been groomed by the media as courageous heroes who now need a place of refuge since the war is Syria is almost over. In response to this, Canada has offered to take in about 50 of them along with 200 of their family members.

“Packaged as neutral, heroic, volunteer rescuers, who have “saved 115,000 lives”, according to White Helmets leader Raed Al Saleh, they are in reality a massively Western-funded organization with salaried volunteers, and have no documentation of those 115,000 saved. They contain numerous members who have participated in or supported criminal acts in Syria, including torture, assassinations, beheading, and kidnapping of civilians, as well as inciting Western military intervention in Syria.”

As renowned journalist John Pilger put it, the White Helmets are a “propaganda construct,” an Al Qaeda support group, whose prime purpose is to try to put a veneer of respectability on the vile head-chopping terrorists in Syria. The White Helmets have never operated anywhere in Syria except in areas that had been occupied by al-Qaeda affiliated groups such as Al-Nusra and Jaish al-Islam, even ISIS. In fact, their base of operations is frequently close to the headquarters of a terrorist group.

Further on this, Vanessa Beeley, a British journalist who has often reported from nearby fighting zones in Syria, wrote a detailed article noting that just 200 metres from the White Helmets centre in the then terrorist occupied part of Aleppo, was the city square where in July 2016 a 12-year old Palestinian boy, Abdullah Issa, was savagely tortured and then slowly beheaded with a short knife. As she reported, “Issa begged his torturers to shoot him, but he was decapitated and his head was held aloft by his executioner standing on the back of a pick-up truck.” There was never a mention of this by the White Helmets.

The White Helmets organization was created and funded by US and British efforts back in March of 2013, with an initial input of $23 million by USAID (US Agency for International Development). Since then they’ve received over $100 million, including at least Can$7.5 million.  Max Blumenthal has explored in some detail the various funding resources and relationships that the White Helmets draw on, mostly in the United States and Europe. Overall, the CIA has spent over $1 billion on arming and training the so-called Syrian “rebels” who in actuality constitute a variety of Al Qaeda forces.

Philip Giraldi in a detailed recent article stated that at the present time there is no bigger fraud than the story of the “heroic” White Helmets. The story that’s been put forth is that with the Syrian army closing in on the last White Helmet affiliates still fighting in the country, the Israeli government, aided by the USA, “staged an emergency humanitarian evacuation” of 800 White Helmet members, including their families, to Israel and then on to Jordan. Pleas were then put forth to resettle them in the USA, Britain, Germany and other countries.

As Giraldi explains, more than likely the USA urged Israel “to rescue” these White Helmets not because they would have been killed by the Syrian forces, but because their capture by the Syrians would have produced embarrassing revelations about how the group was funded and what its affiliation with terrorists was all about.

Giraldi continues to say that

“Israel’s celebrated rescue of the White Helmets was little more than a theatrical performance intended to perpetuate the myth that the al-Assad government was thwarted in an attempt to capture and possibly kill an honorable non-partisan group engaged in humanitarian relief for those caught up in a bloody conflict seeking to oust a ruthless dictator. The reality is quite different. The White Helmets were and are part and parcel of the attempt to overthrow a legitimate government and install a regime friendly to western, American and Israeli interests.”

With substantial irrefutable evidence indicating that the White Helmets are a dangerous and fraudulent group, how is it that Canada’s Foreign Minister, Chrystia Freeland, addressed them as “courageous volunteers” and immediately pledged to accept 50 White Helmets and around 200 family members? There was no vote in Parliament on this or any public discussion.

This is particularly galling, since as Eva Bartlett said in her previously cited article:

“Why did the Canadian government refuse the entry of 100 injured Palestinian children from Gaza in 2014, a truly humanitarian effort, and yet will fast-track the entry of potentially dangerous men with potential ties to terrorists?”

And where is the New Democratic Party on this? So far not a murmur from them on this issue has been reported in the media. But is this surprising considering that the NDP urged the federal government in 2016 to nominate the White Helmets for the Nobel Peace Prize? At that time I denounced their naïve and ill-advised action in an open letter to the party. Fortunately, at that time Canada’s Foreign Minister Stéphane Dion ignored the NDP request.

John Ryan, Ph.D., is a Retired Professor of Geography and a Senior Scholar at the University of Winnipeg.