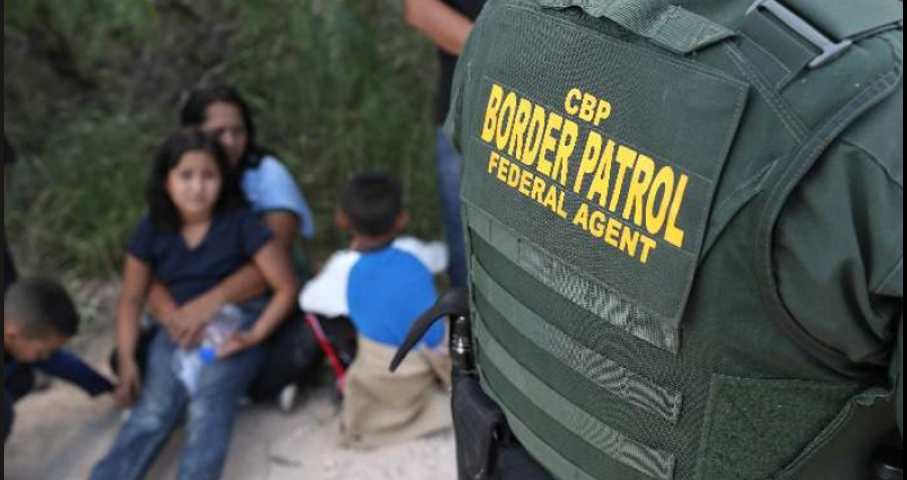 The Trump administration withdraws from the United Nations Human Rights Council, while racism, social deprivation and war intensify. The administration, however, denies the escalating oppression and impoverishment of the masses.

This body was established in the aftermath of the founding of the UN in 1945. A UN Declaration of Human Rights was drafted and adopted in 1948 unanimously by the-then 48 members.

As a justification for its resignation, the Trump administration’s UN representative Nikki Haley claimed that the UNHRC was biased towards the State of Israel. This statement was made while Palestinians were being massacred by the Israeli Defence Forces during peaceful demonstrations on the border between Gaza and the occupied territories.

UNHRC and the General Assembly have issued condemnations of the blatant acts of aggression and violations of international law by Tel Aviv. The US move is indicative of its unconditional support for Israel, which is backed up by billions of dollars in assistance annually along with technology transfers of sophisticated weaponry and diplomatic support.

Inside the US itself racism, national oppression and gender discrimination appears to be on the increase. Every week there are reports of police killings of African Americans where in most instances the law-enforcement agents are allowed to go unscathed.

During ordinary interactions with Whites, African Americans and Latinx people are subjected to insults, prejudiced behaviour and the unwarranted summoning of the police. In 2018 alone 576 people have been shot and killed by police, many of whom are African Americans [[i]].

The Washington Post began chronicling the number of police shootings and fatalities in 2015 since the Justice Department does not keep adequate records. 2017 saw nearly 1,000 people either wounded or shot to death by agents of the state.

According to a report by vox.com, African Americans are disproportionately victims of police violence in comparison to whites:

“Black people are much more likely to be shot by police than their white peers. An analysis of the available FBI [Federal Bureau of Investigation] data by Vox’s Dara Lind found that US police kill black people at disproportionate rates: Black people accounted for 31 percent of police killing victims in 2012, even though they made up just 13 percent of the US population. Although the data is incomplete because it is based on voluntary reports from police agencies around the country, it highlights the vast disparities in how police use force. [[ii]]”

The false notion that African Americans and Latinx people are more violent than Whites is utilised to justify such shootings and killings. These same rationalisations are also applied to the dismissing of claims centring on institutional racism within the criminal justice system involving the police, prosecutorial agencies, the courts and correctional facilities.

This same above-mentioned report goes on to note:

“The disparities appear to be even starker for unarmed suspects, according to an analysis of 2015 police killings by The Guardian. Racial minorities made up about 37.4 percent of the general population in the US and 46.6 percent of armed and unarmed victims, but they made up 62.7 percent of unarmed people killed by police. These disparities in police use of force reflect more widespread racial inequities across the entire American criminal justice system. Black people are much more likely to be arrested for drugs, even though they are not more likely to use or sell them. And black inmates make up a disproportionate amount of the prison population.”

Racialised poverty and the capitalist system

Another misnomer fostered by the administration in Washington is that the number of people living in poverty in the US is insignificant. This could not be further from the truth when government statistics indicate that over 43 million are living below the poverty line, accounting for 13.7 percent of the people [[iii]].

At the same time other scholars estimate that there are tens of millions more living in a “near poverty” status. These figures add up to approximately 100 million, some one third of the overall population of the US.

Even though the official unemployment rate is 4.0 percent for June 2018, these figures do not take into account the Labour Participation Rate (LPR), those people who are no longer pursuing work within the formal market. The LPR for the US at present is 62.8 percent meaning that over one third of the work force is not involved in the labour market [[iv]].

The much championed job growth in the US is largely concentrated in low-wage labour. The service sector of the economy is notorious for the super-exploitation of workers. African Americans, Latinx and women of these oppressed groups often carry the brunt of these forms of employment, which reinforce poverty and class degradation.

A vigorous national campaign demanding a US $15 an hour minimum wage has gained traction in several sectors such as retail and food services. Although this salary would not result in a significant advancement in the status of these workers, if adopted on a federal level it would move the US further in the direction of eliminating immiseration.

Fast food workers are toiling in horrendous conditions, which are dangerous to their health, where people are subjected to sexual harassment and extremely insufficient wages at almost no benefits. Organisers of food service employees in the state of Michigan have linked the deplorable situation under which their constituencies work to the outbreak of a Hepatitis A epidemic, the largest in the US. In Detroit, with its excessive rate of water shutoffs due to high bills and low salaries, the lack of essential services provide a breeding ground for infectious disease and high levels of attrition [[vi]].

Immigrant rights and a foreign policy of imperialist war

The current administration in Washington ran on a programme of anti-immigrant racism and repression. However, it important to recall that the previous government of President Barack Obama, although appealing to Latinx people for electoral purposes within the framework of winning votes from both the Democratic and Republican parties, deported more people than any other head-of-state in US history [[vii]].

Attention has been directed by the media to the separation of families while immigrants are seeking asylum within the country. Several thousand children have been taken away from their parents and placed in detention.

Beginning in late June, hundreds of thousands of people protested these policies in cities throughout the country. Such a public outpouring forced the Trump administration to declare that they were halting the measures of family separation. Soon afterwards a federal judge ordered that the Department of Homeland Security (DHS), where the Immigration and Custom Enforcement (ICE) and Customs and Border Protection (CBP) are housed, to reunite the children with their parents. In many instances the adults had already been deported without a hearing while the children are sent off to foster care facilities far away from the southern border areas [[viii]].

Throughout successive administrations the US has maintained an aggressive war policy largely directed towards people in the Middle East, Africa, Asia, Latin America and Russia. The war in Afghanistan has continued over the course of three separate presidencies (2001-2018).

Thousands of US and North Atlantic Treaty Organisation troops have died in Iraq and Afghanistan where millions of the inhabitants of these states in Central and West Asia have lost their lives directly resulting from the massive aerial bombardments, drone attacks, ground invasions and the consequent humanitarian crises leading to displacement, human trafficking and disease. Since 2014 the plight of migrants from Africa and Asia has worsened precipitously contributing to the largest number of people being driven away from their homes as refugees and internally displaced persons. In 2018 the number of displaced persons has exceed 65 million, the greatest number since the conclusion of World War II [[ix]].

The rising repression inside the borders of the US has its parallel in foreign policy. These realities persist despite the claims by Washington that it is a paragon for human rights on the international scene.

Mass opposition to US policy needed to reverse course

Neither the Democratic nor the Republican parties are articulating a viewpoint, which would lead to more than mere surface changes in US human rights policy. The leading Democratic Party narrative in its present form does not repudiate the militarisation of oppressed communities while a cold war mentality is fostered in regard to relations with the Russian Federation, the Democratic People’s Republic of Korea, the Bolivarian Republic of Venezuela, Republic of Cuba and other purported adversaries of Washington.

A programmatic approach must emerge which challenges the notion that the Pentagon, the Central Intelligence Agency, DHS-CBP-ICE, local law-enforcement agencies and the courts have an inherent right to exercise arbitrary authority over the lives of billions around the globe. If the US ignores the fundamental human rights of people within and outside its borders, then other structures should be empowered by the masses of working people and the oppressed to put a halt to these atrocities.

Popular organisations, human rights groups, trade unions and revolutionary parties could unite around these questions. Requesting the re-engagement of Washington with the UN Human Rights Council would not be an adequate response. What is needed is a fundamental transformation in US domestic and foreign policy through the development of a new political paradigm and dispensation.