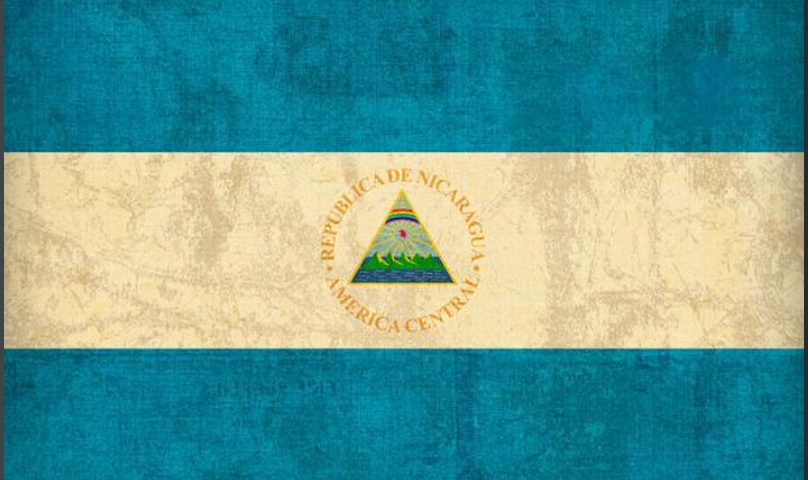 grew up in Miami, Florida in the 1990s, surrounded by Cubans and Nicaraguans who had much of their material wealth and social status appropriated by popular revolutions. My family, here and abroad, resented the Sandinistas for “taking their country away.” To their dismay, I chose to study law in order to address systemic poverty, pursuing a career as a public defender because I believe in standing with the poor against an oppressive political system. My parents mockingly refer to this as “Sandinista talk.”

Many of my Latinx friends here in the U.S. are like me.  We share views on various domestic issues like healthcare for all, expansion of public education, end to mass incarceration, and humane treatment of all migrants. Imagine my surprise when, unbeknownst to them, these same friends, my “Contra” family, and the U.S. administration are all agreeing on the facts underlying the current crisis in Nicaragua. I even received the same White House petition, “Human Rights Violations in Nicaragua due to the oppression and rule of Dictatorship Daniel Ortega and Rosario Murillo,” from two Latinxs on opposite sides of the political spectrum. This might lead you to believe, “Wow! We all agree! This isn’t a partisan issue!” But, for me at least, knowing the political values of the older Nicaraguan community in Miami, this alignment across my social network raises concerns.

Notably, despite the charge that Ortega is the same as Anastasio Somoza, no one is asking why the U.S. government is so quick to condemn Ortega but had no problem installing the Somoza dynasty and supporting it for 40 years. The Somozas inflicted human rights abuses and repressed the majority of the population in favor of maintaining a banana republic for U.S government and corporate interests. Ortega, while not without fault, has focused on creating poverty-reduction programs to address areas such as education, malnourishment, healthcare, and shelter.

Additionally, the U.S. government now condemning Ortega and supporting the opposition is the same U.S. government that has been actively antagonistic to Black Lives Matter, undocumented immigrants (through the expansion of ICE), water protectors at Standing Rock, and similar movements whose purposes are to give a voice to disempowered people domestically. Now they care about human rights abuses? I am confused why this paradox does not seem to bother others.

Another suspicious aspect of this opposition is that it claims to include former Sandinistas who have now turned against Ortega because of his corruption. This is confusing because the opposition’s social media platform does not seem to consist of any socialist groups. The Sandinistas were built on socialism and the leaders at the time of the revolution were largely Marxists. A group involved in the opposition, for instance, is the Sandinista Renovation Movement (MRS). The MRS are Social Democrats who have partnered with a right-wing coalition in recent years in order to expand their base. By now, the MRS seems to have grown more centrist and devotes much of it’s platform to anti-Ortega rhetoric.

Leftists and Sandinista supporters may have legitimate concerns about Ortega, but that does not mean these are the same people joining forces with right-wingers and the U.S. government or appealing to the American public to “share” images of unrest on social media. I believe true leftist concerns include the concessions Ortega has made to the private sector in his economic policy, the power he has ceded to the church, his softening towards capitalist policies, and the increasing influence of Western international entities in public sector decision-making. It would not rationally be in the interest of leftists to join a coalition led by a private sector interested in pulling Nicaragua further to the right.

Another argument that seems to be drawing in U.S. progressives is the framing of the Indio-Maiz fire. By doing so, the opposition aims to claim that they represent the interests of the indigenous community. The only narrative in the Western corporate media is that Ortega was “too proud” to accept help, that it was his hubris that destroyed the countryside. There are reports that Nicaragua did in fact ask for international assistance and accepted help from Mexico.  A Costa Rican firefighter was quoted (translated from Spanish) saying this:

“We do not see any problem. At that time [when the support was offered] Nicaragua did not have the people to deal with the fire, but thankfully, in the last few hours, Nicaragua now has the necessary personnel to address the emergency and they are working to control and extinguish the fire.”

Why is a detailed context for a seemingly unrelated incident receiving widespread awareness only after the protests against the social security reforms commenced?

Which brings us to the issue of social security reform, the proverbial straw that broke the camel’s back. The background is that these reforms were to increase contributions to social security while reducing pension benefits by 5%. One detail that is neglected is that the 5% reduction was to go towards medical expenses, still a public benefit. The private sector, represented by the Superior Council of Private Enterprise (Cosep), conveniently available to present an alternative, had other reforms in mind to address the social security deficit. Unsurprisingly, Cosep is interested in taking the advice of the IMF to solve the funding problems. This includes solutions such as privatizing the National Social Security Institute (INSS) clinics, increasing the retirement age, increasing the number of weeks that someone has to work in order to qualify for a pension by over 50%, and eliminating the reduced pensions offered to those who were not able to work the requisite number of hours to qualify for full pension benefits. Maybe it is just “Sandinista talk,” but those suggestions sound like an egregious erosion of hard won social security, the likes of which we might not even tolerate in the United States.

Nonetheless, Ortega cancelled the INSS reforms and began urging for dialogue with the coalition of opponents. Later the following week, a group of students accepted an invitation by the Episcopal Conference of Nicaragua (CEN) to discuss the broad range of concerns raised about Ortega’s administration. Almost immediately, there were calls on social media from people claiming to speak for all students delegitimizing the negotiations and renewing calls for protests.

Something about the entire narrative, readily accepted by everyone with an opinion, feels too neat. All the facts presented fit perfectly, every loose thread is tied together, and the only possible conclusion from this package manufactured by social media activists on the ground is to overthrow Ortega. For years, the right wing has been trying to delegitimize Ortega and the FSLN and now it seems to be anonymously consolidating itself under a banner carried by moderates with novel grievances.

Finally, the red, white and blue bow on this package is called the NICA bill. The Nicaraguan Investment Conditionality Act (NICA), introduced by Rep. Ileana Ros-Lehtinen (R-FL-27), passed the House in October 2017. The purpose of this bill is for the U.S. to use its influence at each international financial institution to oppose loans to Nicaragua until Nicaragua takes effective steps to promote “democracy”. Just a few days after these recent protests began in Nicaragua, Rep. Ros-Lehtinen pointed to the violence to urge the U.S. Senate to pass the NICA bill.

Unfortunately, the social media campaign bringing awareness to the violence in Nicaragua seems to heighten the legitimacy for passing this interventionist bill. But people of a nation are robbed of their self-determination when another country imposes their idea of democracy or their idea of how to achieve it. The U.S. government support, the pending NICA bill, former Contras in Miami, and the private sector in Nicaragua should lead Latinx leftists in the U.S. to question who the true beneficiaries will be when the dust settles.

Ask yourself if you are really standing with the oppressed when many of the ones inspired by this struggle are the historical oppressors.

Melissa Castillo is a public interest lawyer in the Philadelphia area. Her legal career has focused on public defense, criminal justice, and economic justice. She graduated from Temple University Beasley School of Law where she was a Law & Public Policy Scholar and focused her research on white supremacy as terrorist ideology. Melissa holds a degree in journalism and international studies from the University of Miami.