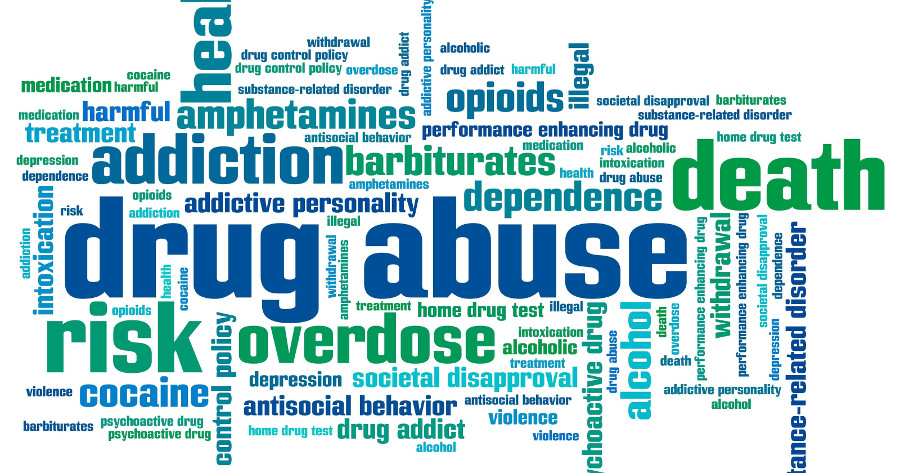 by Princess Harmony, originally posted on Workers World, May 10

One would think that those in charge of public health might go all in to defeat the “opioid crisis,” yet that isn’t what’s happened.

Goldman Sachs recently put out a report saying that having the medical industry curing people wasn’t good for business. This is no less true with treatments for addicts. The relapse rate in addiction is between 50 percent and 90 percent, and rehab executives use addicts to line their pockets with money from desperate families trying to save their children or a government trying to respond to an epidemic it partially caused.

As Marxists, it’s our duty to criticize the existing order of things, and addiction treatment is no exception. Capitalists big and small are making money off of this epidemic, and so we must look at who is making money and how.

Though the roots of this particular epidemic can be traced to the 1990s, to Purdue Pharma’s deception — they lied to the U.S. Food and Drug Administration and downplayed the addictive nature of oxycodone, marketed as OxyContin — the roots of addiction treatment go much further back, all the way to 1935 with the opening of the United States Narcotic Farm, a project of the U.S. Public Health Service.

Part jail, part hospital, the Narcotic Farm housed addicts seeking to get clean — from unknown addicted criminals to famous musicians. It also acted as a site where the CIA tested drugs on patients as part of the “mind control” MK-Ultra program.

The Narcotic Farm was eventually closed and turned into an ordinary prison hospital because of the fallout from the scandal, exposed in the 1970s. As the granddaddy of all modern addiction treatment centers, the Farm even hosted its own — now defunct — 12-Step group called Addicts Anonymous.

Most modern-day rehabs aren’t too different in that regard, and many have programming that consists mostly of the 12-Step recovery groups of Alcoholic Anonymous. That was this writer’s personal experience in recovery. In fact, 74 percent of all treatment centers are based on the 12 steps. (americanaddictcenters.org)

Other sources, such as Dr. Drew Pinsky and the American Society of Addiction Medicine, place the recovery rates between 8 percent and 12 percent. An examination of multiple studies called the Cochrane Review couldn’t determine conclusively whether or not the 12 steps were effective at treating alcoholism or addiction. (tinyurl.com/y92pocbg)

Compare that to other programs like SMART Recovery, LifeRing and Women For Sobriety, often ignored because of the virtual monopoly that 12-Step treatment methods have, despite these programs being as good as, or better than, AA. Studies show that non-12-Step programs, when accounting for the varying goals of each individual, are just as effective at helping a drug addict or an alcoholic recover. (tinyurl.com/ybdckpe4)

Additionally, methadone- and buprenorphine-based programs are shown to have the best outcomes for patients, increasing their quality of life, allowing them to remain sober and decreasing negative drug abuse outcomes. (tinyurl.com/y94wxmp7)

With programs that are more successful and that allow the person in recovery to set definite goals for themselves, why do rehabs rely on a 12-Step, total abstinence model that doesn’t allow for variation based on the needs of the individual?

Because it’s not good for business. The treatment industry — the CEOs and their lackeys in the boardrooms — is less interested in helping people recover and far more interested in securing the payments that a patient makes. With a chronic relapsing brain disease like addiction, the usage of a recovery model that has not been conclusively proven to be successful essentially sets patients up for failure.

If an addict survives a post-rehab relapse and wishes to get back on the road to recovery, they often return to rehab. This cycle of going in and out of rehabs is called “revolving door syndrome.” The rehab industry makes their money through these repeat-visit patients. (tinyurl.com/ycajasjy)

The rehab industry is large and its largest players, such as Acadia Healthcare, are your standard medical corporations. Much of their rehabs spread a 12-Step philosophy and overcharge for that experience. Then there are others that, at their best, act as a front for Medicaid fraud. At their worst, they can act as a site for sex trafficking, drug abuse and predation. People seeking recovery enter only to discover that what should be their refuge from the storm of addiction is either just a flophouse or a shooting gallery.

If it’s not the patients being drugged by the staff, it’s the staff doing drugs themselves. In Chester County, the unlicensed recovery house Freedom Ridge Recovery Lodge had two licensed drug counselors overdose, showing that the opioid crisis has started to overtake the very infrastructure funded to fight it. (tinyurl.com/ycjlq4tk)

But the worst of the worst was Kenneth Chatman, the scam artist owner of Reflections Treatment Center. Chatman pimped out women at his connected recovery houses. He also placed people trying to get recovery on his payroll and sent them to other rehabs to lure vulnerable addicts to his treatment center and recovery houses. (tinyurl.com/y9qesfcr)

While Chatman and Francis both represent the most extreme of the corruption in the rehab industry, the most common schemes that treatment-center- and recovery-house owners use is a Medicaid kickback scheme. The recovery facility houses addicts on Medicaid, sending residents to treatment centers that later give reimbursements to the house owner (and vice versa). In 2017, Philadelphia City Council members and the media called out specific recovery-house networks and treatment centers for this behavior. Many recovery-home businesses there, such as Women Walking in Victory/Empowered Men, run this scheme. The writer, first hand, experienced this, though they went one step further and sought control over my food stamps.  (tinyurl.com/yagwl86z)

Hope for recovery in socialism

Although there is no miracle cure to addiction as a personal medical condition or as a societal ill, the condition is beatable. It can be put into remission. Science-based treatment methods can succeed.

However, as long as the criminals in the boardrooms and offices of the treatment industry continue to see addicts as paychecks rather than people, we can’t wipe out addiction.

By working to build socialism, we work to aid addicts. In China, the police stopped arresting addicts for having drugs on them; they were encouraged to come forward and get help. Both China and Vietnam have fully funded, evidence-based treatment centers, using medication to assist the addict in going through the nightmare of withdrawal. (tinyurl.com/y9yz7ldu)

In Cuba, doctors use psychotherapy and medications to both address addiction and the underlying mental health conditions. (tinyurl.com/yajuz4tl)

Through socialism, the stigma of addiction is dissipated and the underlying causes of addiction are treated. We can learn from the models of China, Vietnam and Cuba while also integrating the current evidence-based treatments we have today. Under socialism, the capitalist approach to addiction treatment would be eliminated. Along with the lifting of the spirit-killing demands of capitalism, the result would be healthy, recovered people who don’t need to turn to drugs to be happy.