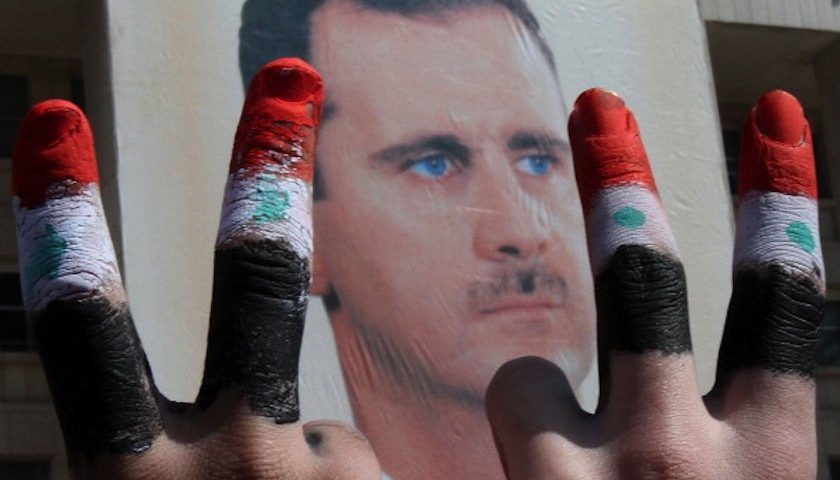 The five-year long regime change effort in Syria may soon be over and the United States and its allies will be the losers. The Syrian Arab Army broke the siege of Deir Ezzor, which was one of the last Daesh strongholds in the country.

The neocon plot for American hegemony was hatched during the George W. Bush administration but was happily continued by Barack Obama and his Secretary of State, Hillary Clinton. Fresh from their evil success in Libya, they thought the same combination of Arab monarchs and jihadists could dislodge Hafez al Assad and achieve the goal of destroying the few secular Arab governments still in power. But fortunately for humanity, Assad hung on long enough and the Russian Federation finally decided to back up their ally with military help.

It is good news that this war may soon be over.  The United States and its allies committed a terrible crime against the Syrian people and five million of them were forced to flee their country to escape this latest example of state sponsored terrorism. There is no downside to Assad making good on his promise to take back his country from American sponsored jihadists.

“The United States and its allies committed a terrible crime against the Syrian people.”

The United States corporate media isn’t saying very much about Syria lately and that is a sure sign that victory is on the way. So is Israeli president Netanyahu’s meeting with Vladimir Putin. Things didn’t fall into place like the regime changers thought. Israel and others must move on to Plan B. Syria, Russia and Iran are the winners and that was not how things were supposed to play out.

One can never say what is on Donald Trump’s mind but it appears that his administration isn’t going to fight for this particular lost cause. But one never knows. Another false flag chemical weapons attack may be in the offing and the response from the unpredictable president could reignite the fire that is going out. The losers did not undertake their scheme with a plan to lose and they may still pose dangers.

But the moments of victory surely ought to be celebrated, as the people of Deir Ezzor did when they were freed from ISIS control. This should also be a moment for circumspection and honesty about the American government and the awful crime that was committed with bipartisan and international support.

“There is no downside to Assad making good on his promise to take back his country from American sponsored jihadists.”

Barack Obama and Hillary Clinton should be vilified for the rest of their lives for what they did in Libya and Syria. Obama should not be given a pass because he has better manners than his boorish successor. Not only was Syria very nearly destroyed, but its people were scattered all over the world in an effort to escape warfare in their homeland. The disruption to European governments came about because they chose to stand with their partner in crime and parrot “Assad must go” instead of standing up to the hegemon. They even paid Turkish president Erdogan, one of the instigators of the crime, $3 billion to keep refugees from using his country as an escape route. His double dealing certainly paid off.

A Syrian victory is to be applauded as it will make the United States think twice about trying the same thing anywhere else. The defeat also weakens Saudi Arabia and its campaign of terror against Yemen or any other country it should choose to target.

The consequence of trying to strengthen America’s hand had the opposite effect. Russia is more engaged in the world, not less. China and Russia are closer. Iran and Hezbollah are stronger. All of the parties declared as enemies or adversaries or the axis of evil have emerged as the winners.

“The left must always oppose regime change and must always support the forces who fight against it.”

Those on the left who are resolute in their condemnation of American aggression are the rhetorical winners. Let there be no confusion in the future. The left must always oppose regime change and must always support the forces who fight against it as the Syrian government has done. There should be no confusion about “good” and “bad” targets of aggression. United States foreign policy must be opposed, especially when it claims a responsibility to protect, or fight genocide or declare any other excuse for its aggression.

The pro regime change clique are only left with name calling. Labeling Assad a butcher is the substitute for victory they thought was certain. The United States government is fortunately not the only player on the world stage. The other actors do well when they unify and keep its awful plans in check.