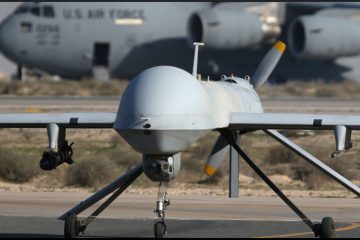 by Abdus Sattar Ghazali, published on Countercurrents,  June 13, 2021 Pakistani officials have privately begun confirming a secret visit to Islamabad of CIA Director William Burns and are suggesting that he was firmly told that Pakistan would not host the spy agency’s drone bases on its territory, according to the daily Dawn. This comes after New York Times in an[…]

END_OF_DOCUMENT_TOKEN_TO_BE_REPLACED

Interesting article posted on Stop the Wars At Home and Abroad: https://unac.notowar.net/2021/10/13/build-back-better-new-keynesianism-or-neoliberal-public-relations-stunt

Boston celebrates Indigenous Peoples Day, a bright and shining example of what can be done! on Stop the Wars At Home and Abroad: https://unac.notowar.net/2021/10/13/columbus-day-toppled-in-boston

When Israeli espionage and cyber-criminals get together to to buy up personal and corporate security services.... on Stop the Wars At Home and Abroad: https://unac.notowar.net/2021/10/12/israeli-headed-malware-company-buying-up-vpns