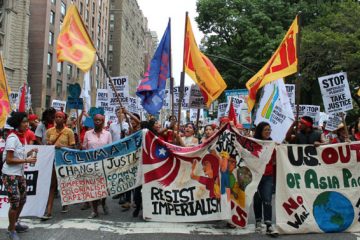 Statement by The International League of People’s Struggle (ILPS) On August 14, 2020, the world commemorates the end of World War II in 1945. During the Great Depression, an acute global crisis of capital, conflict in the Eastern hemisphere was stirred up when imperial Japan invaded Manchuria in 1931. It had already been occupying Korea. In the Western hemisphere, the[…]