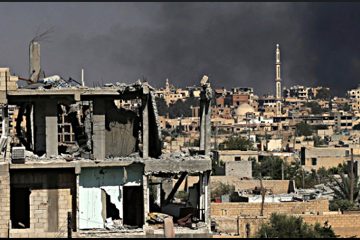 by Niles Neimuth, originally published on the World Socialist Website The United States committed war crimes of staggering proportions last year during its four-month-long siege of the Syrian city of Raqqa, demolishing up to 80 percent of the city with an unrelenting blitzkrieg of bombs and artillery shells that killed hundreds of civilians. The devastation left behind by the US[…]