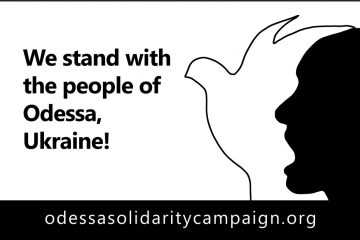 Vigil at the Ukrainian Embass in D.C. To Mark 5 Years Since the Odessa Massacre Will Call on President Elect Zelensky to Allow an International Investigation by Phil Wilayto of the Odessa Solidarity Campaign This May 2 will mark five years since a fascist-led mob attacked and set fire to the House of Trade Unions in Odessa, Ukraine, causing the[…]