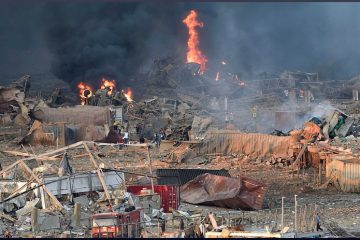 by Karin Leukefeld posted on Workers World, August 19, 2020 It was only last January — in response to the street protests — that the technocratic government of the engineer and former university professor Hassan Diab was sworn in in Lebanon. One week after the explosions in the capital Beirut, this government resigned on Aug. 10. Diab, who has no[…]